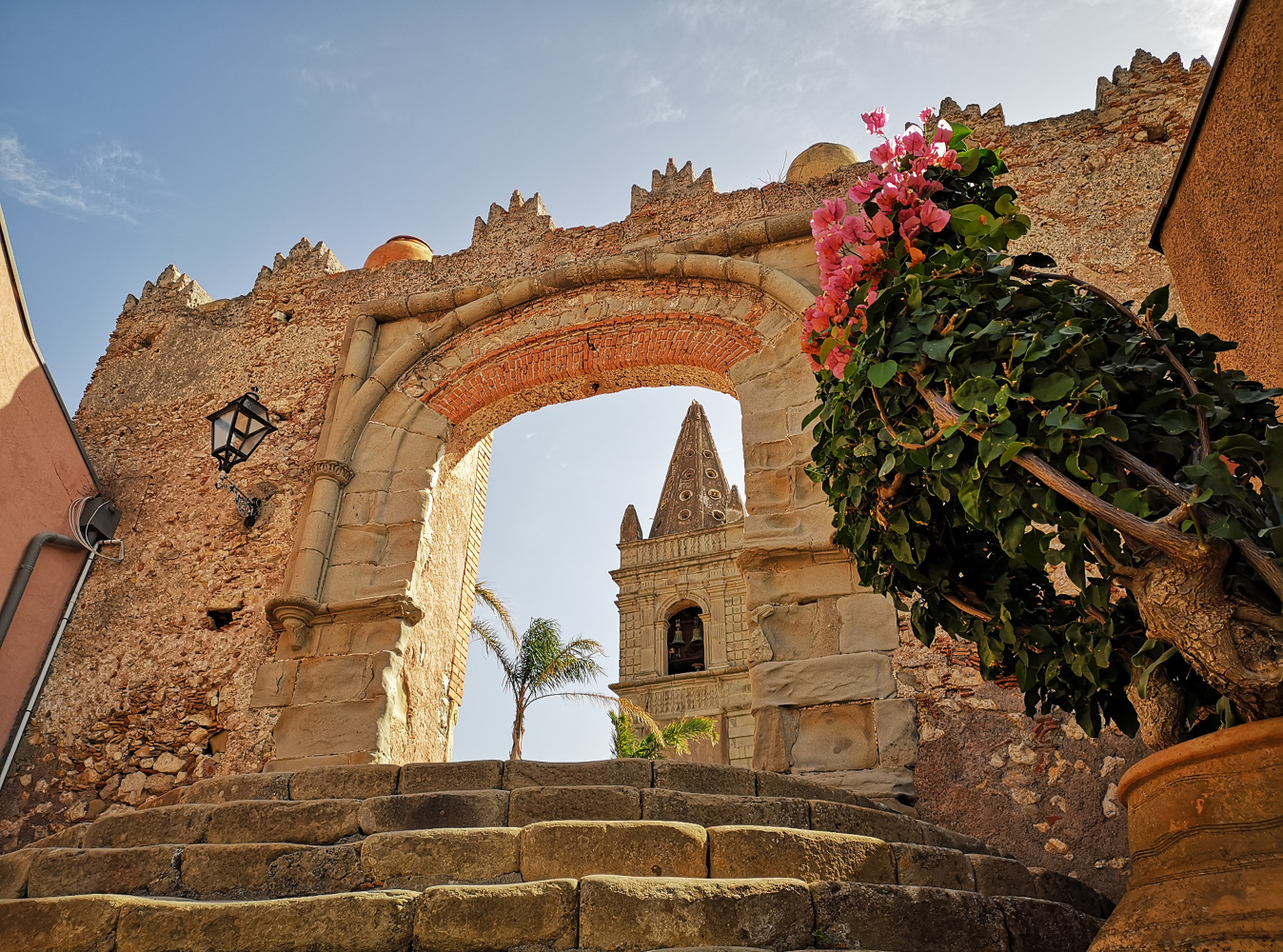 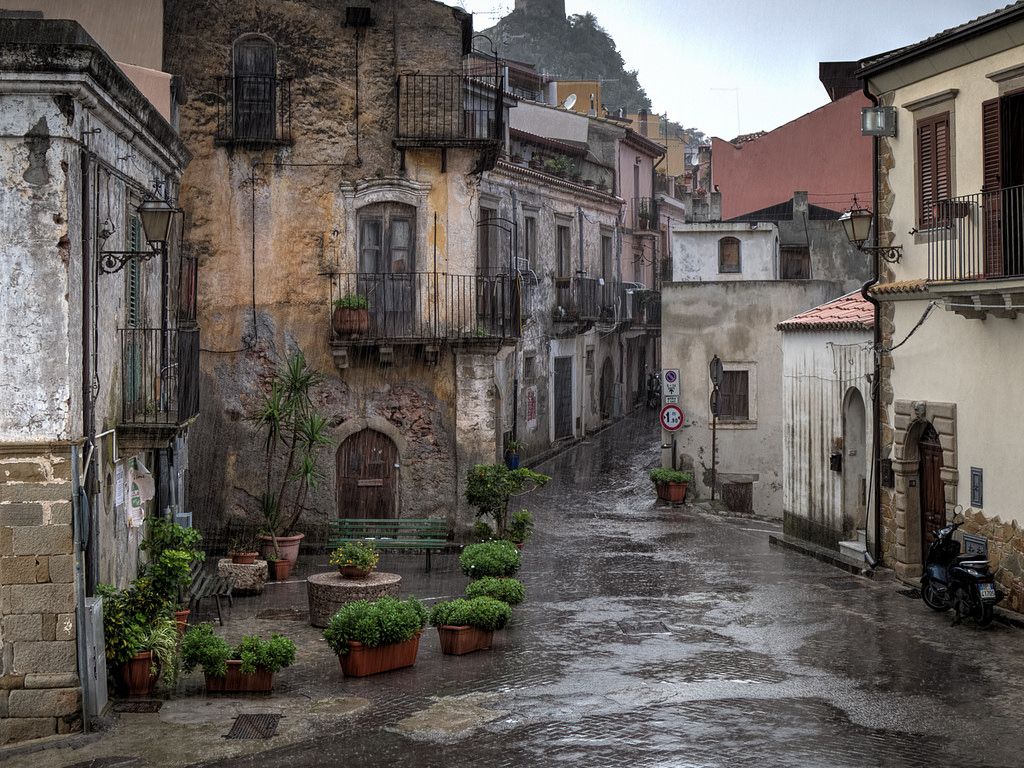 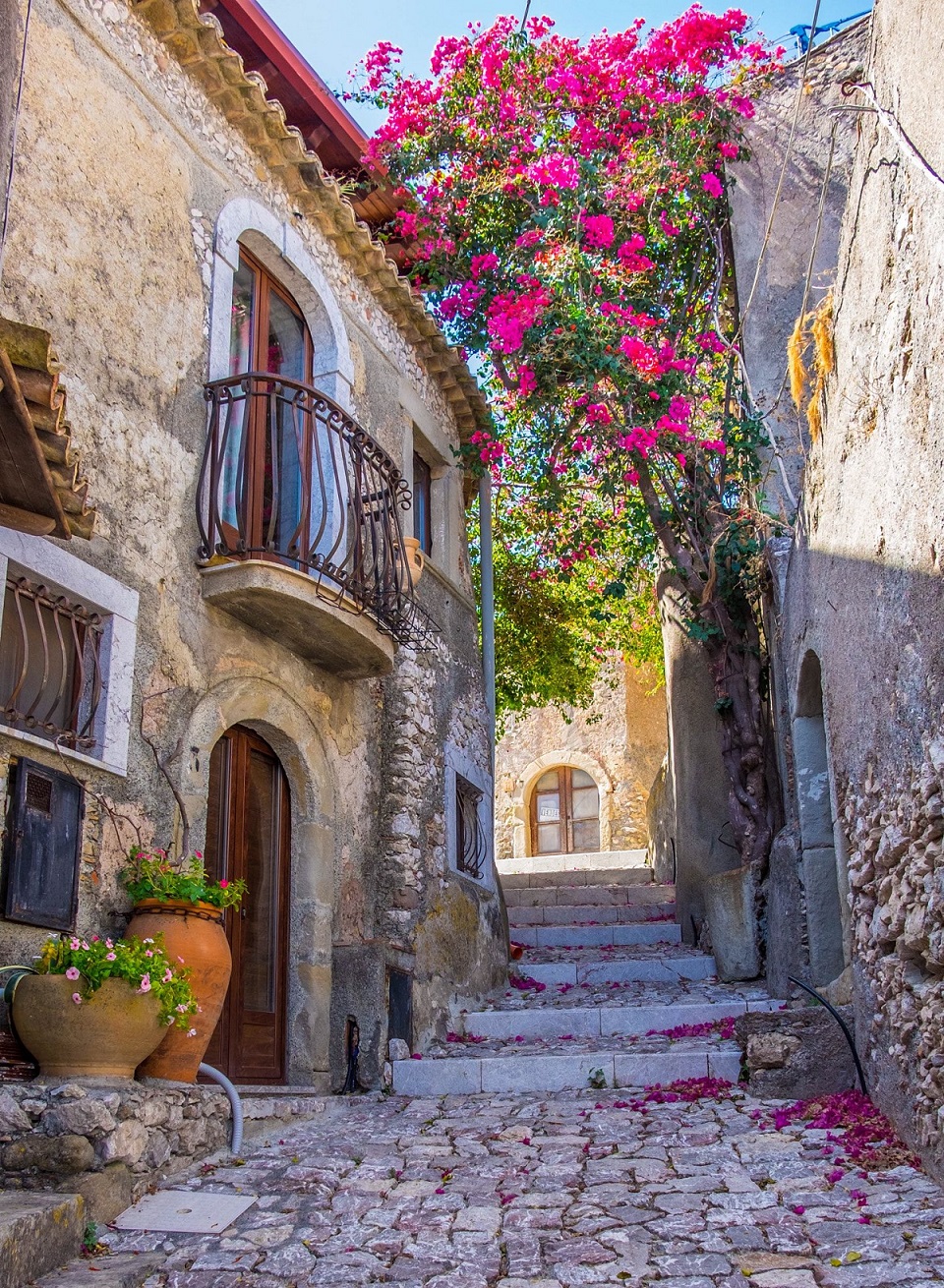 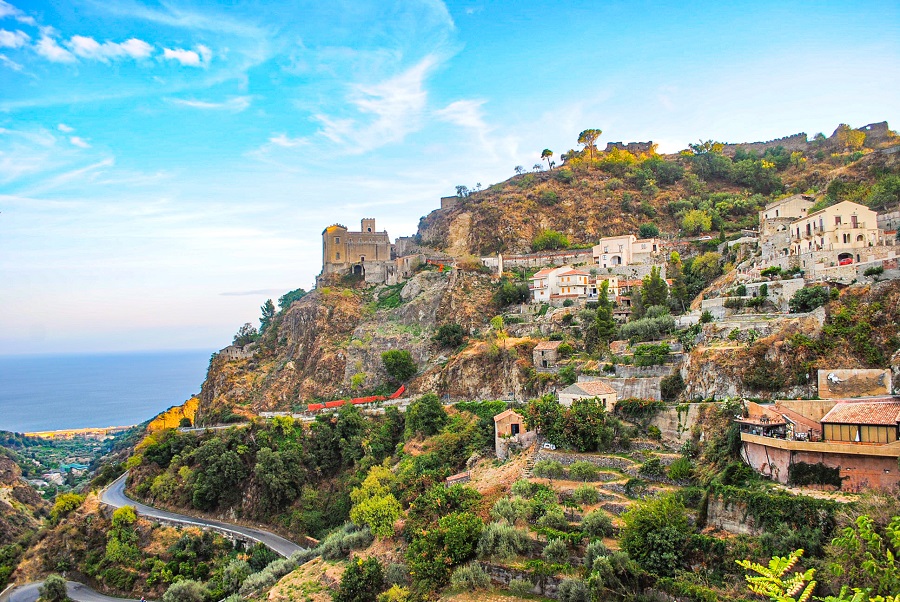 On our private shore excursion to Savoca & Forza d’Agro from Messina you will walk in the footsteps of The Godfather characters.  You will see some of the prettiest villages in Sicily and enjoy spectacular views.

Features of this day trip to the Godfather Town & Forza d’Agro:

Driving down the coast from Messina you will pass by villas, flowering gardens and picturesque villages en route to Santa Teresa, where we will start the winding, uphill climb to Savoca.

The Medieval hamlet of Savoca, nestled between two hills, is not only lovely but also contains many points of interest in addition to the obvious one made famous by The Godfather.  But we’ll start with those, seeing as that’s obviously the draw of this tour!

Located in a noble palazzo at the entrance of the village is Bar Vitelli, where Michael Corleone first meets his future father-in.law after being smitten by Apollonia.  Inside the bar, enjoy a lemon granita while you peruse the collection of local artisans' tools and photographs taken when Francis Ford Coppola was filming.

The granita will give you a boost of energy for a walking tour of the village (mostly uphill).  You will pass by several very old churches, most notably the church of San Niccolò, where Michael and Apollonia were married.

Other interesting sites include the remains of Pentefur castle, where you can take in magnificent views of the valley, and the Capuchin convent, where mummies (really!) of prominent former citizens are at rest in the crypt.

Even higher above sea level is the village of Forza d’Agro, where time stopped in the Medieval era. Besides the stone-paved streets and traditional buildings, there are breathtaking vistas of the Straits of Messina and the Arab-Norman castle at Capo Sant'Alessio.

The 15th Century church of Sant’Agostino (also called Santissima Trinità) was a filming location used by Coppola.  It was the backdrop for Michael Corleone’s arrival in Sicily, and the scene in which young Vito Corleone is being pursued by a Mafia gang.  Put your runners back on; to get to the church you must climb more stairs to Piazza della Triade.  Before stepping into the piazza, one of the prettiest spots in the village and also where the Augustinian convent is located, you’ll first pass under the marvelous Catalan-Gothic arch, Arco Durazzesco.