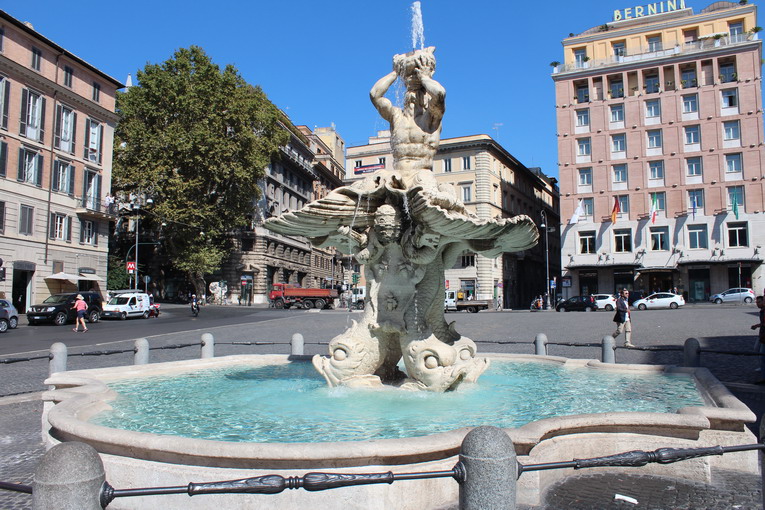 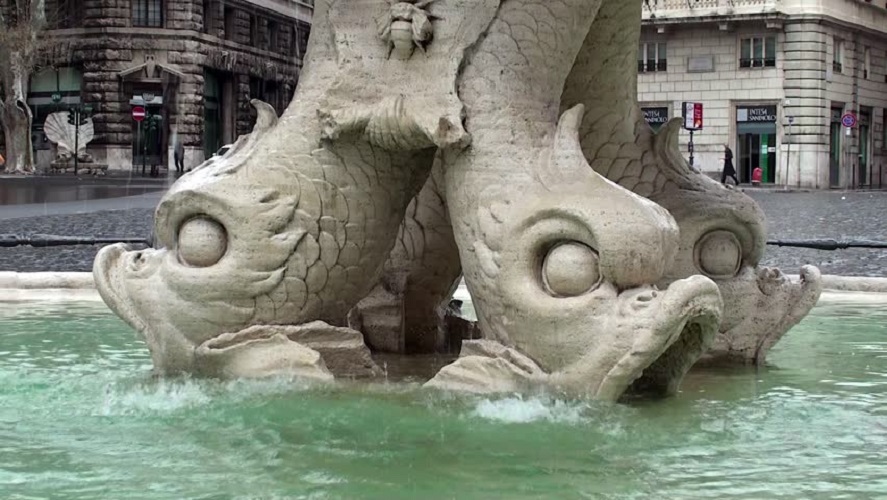 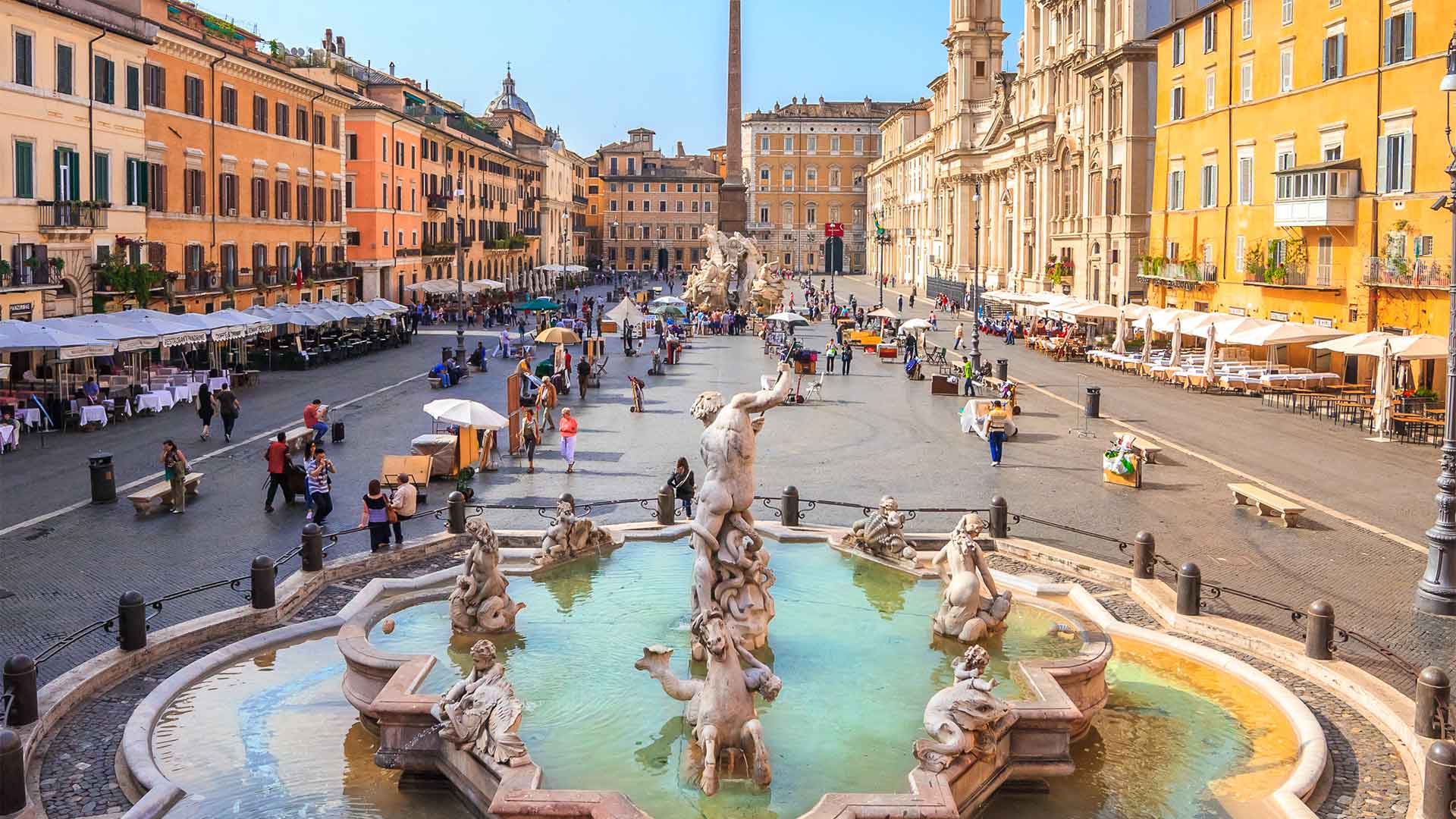 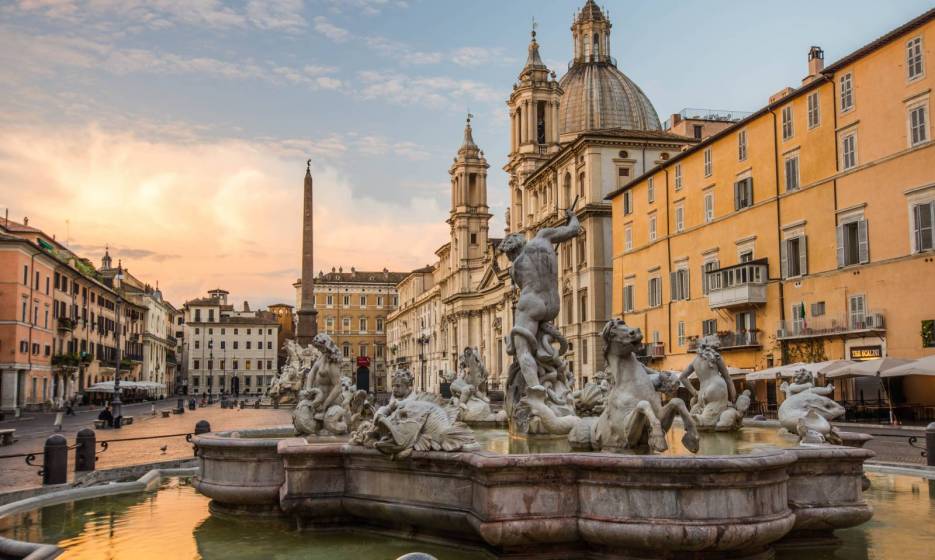 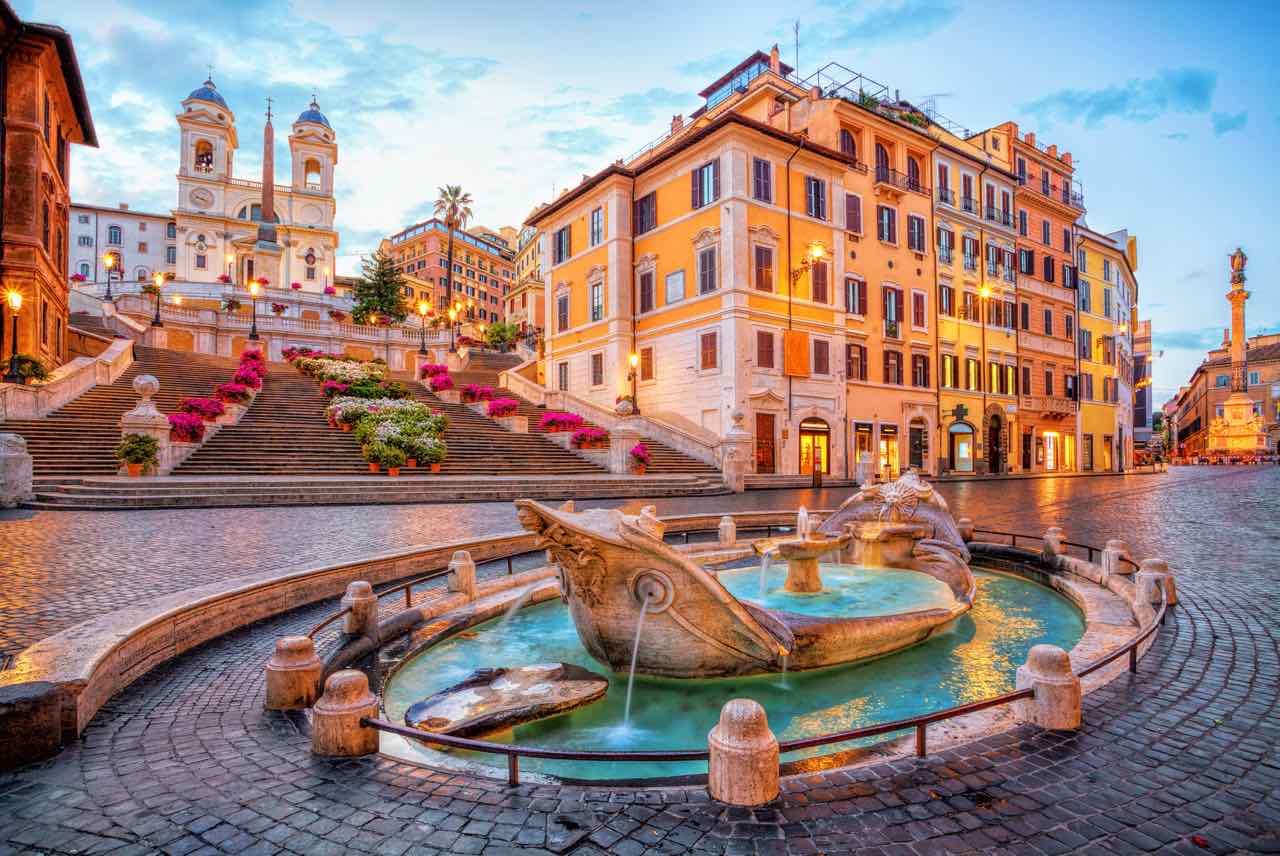 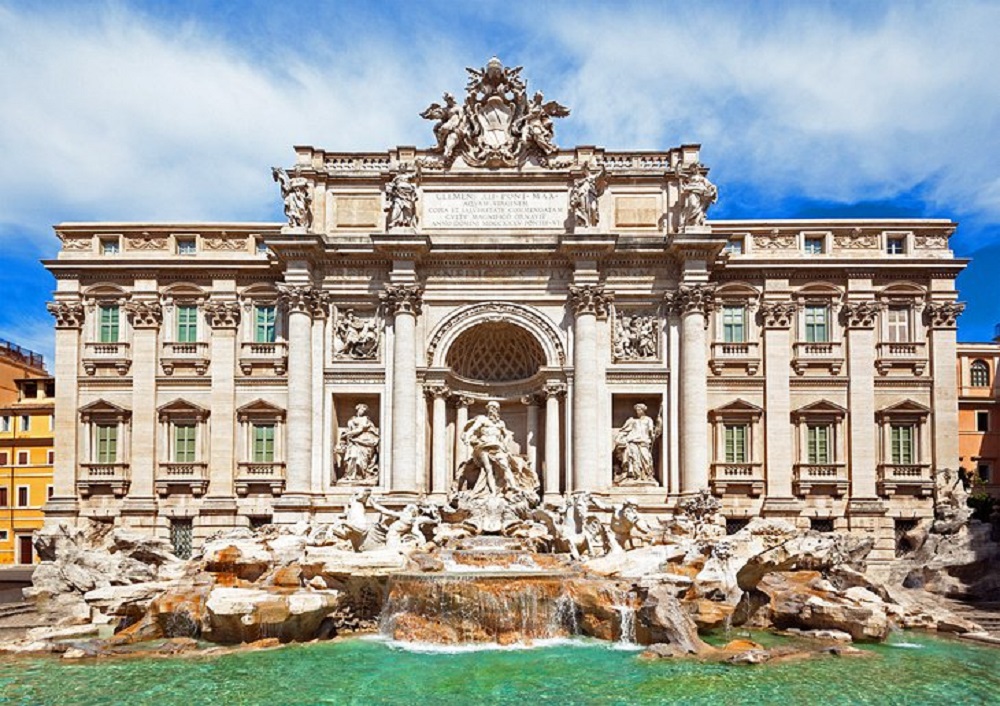 On this private, 4-hour walking tour your expert guide will escort you on a delectable discovery of the most impressive fountains of Rome.

Features of this private walking tour of the Fountains of Rome:

During ancient times,  Rome had the largest and most complex aqueduct system in the world. Eleven aqueducts, built over a span of 500 years, supplied the city with water.

After the fall of the Roman Empire the world was plunged into the Dark Ages, the aqueducts fell into disrepair, and the fountains stopped working.  It wasn’t til the Renaissance that the fountains began to live again.

We begin in Piazza Navona, perhaps the most vivid square in all of Rome, beloved by Romans and visitors alike. Three splendid fountains decorate the piazza.

The fountain in front of the Pantheon, also constructed in the late 16th Century, is particular because of its red marble obelisk.  The 20-foot-tall Egyptian obelisk once decorated the Temple of Ra in Heliopolis.  It was added to the fountain in the early 1700s.

Among all the gorgeous Baroque fountains in Rome, the most famous is, without a doubt, Trevi. It is also the largest.

The theme of the fountain is “taming of the waters”, an apt subject in a city like Rome, where engineering brilliance in ancient times created the aqueduct system responsible for supplying Rome with excellent water.

There has been a fountain on this spot since 19 BC, at the time the Aqua Virgo aqueduct was constructed.  Today the Baroque scene that attracts visitors from the world over portrays Oceanus on a chariot pulled by horses, one tranquil and one agitated, reflecting the contrasting moods of the seas, plus female figures representing Abundance and Salubrity (Health).

The fountain has appeared in several movies, most memorably in La Dolce Vita, where Marcello Mastroianni and Anita Ekberg get into the fountain, fully dressed in evening wear.

Don’t forget to be part of the ritual -- throw a coin over your shoulder to ensure your return to Rome!  The coins are collected at the end of the day to feed Rome’s hungry.

And now for something completely different!  In Piazza di Spagna, at the base of the Spanish Steps, we find La Barcaccia.  In a city famous for its grand fountains, this one stands apart from the others because of its simplicity.

Instead of great crashing torrents, the water flows out at a leisurely gurgle. No one is exactly sure what the fountain is supposed to honor in its shape of a half-sunken little boat, but it is very charming.  Pope Urban VIII commissioned the fountain, and re-opened an ancient aqueduct in the 17th century, providing water to this needy area of Rome?

In Piazza Barberini sits one of Rome’s most whimsical fountains: Fountain of the Triton.  Four somewhat sinister dolphins lift their tails together to support an enormous shell on which sits Triton, blowing into a conch shell.  According to Ovid, Triton put an end to The Great Flood by blowing his horn.

The fountain was commissioned by Pope Urban VIII and designed by the great Baroque sculptor Bernini in the 17th Century, a a celebratory reminder of the restoration of the Acqua Felice aqueduct, also commissioned by the Pope.

Your guide can meet you at your hotel or in Piazza Navona.

Tickets and lunch are not included in the rate. No ticket reservation is necessary.