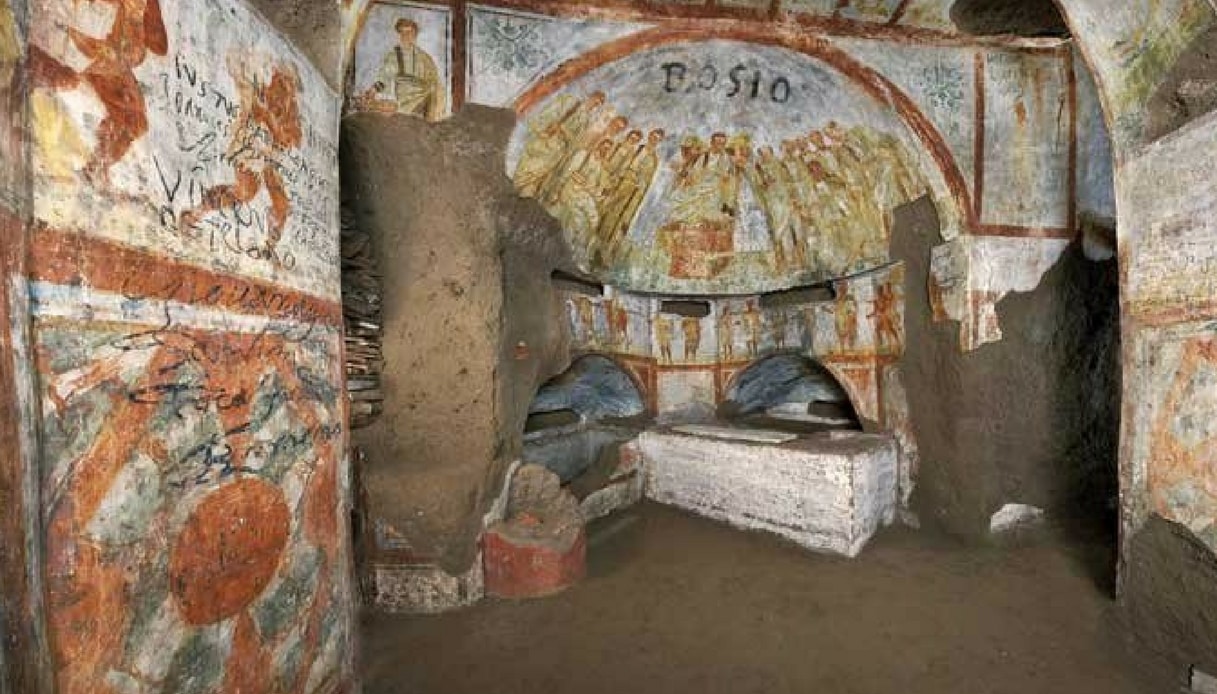 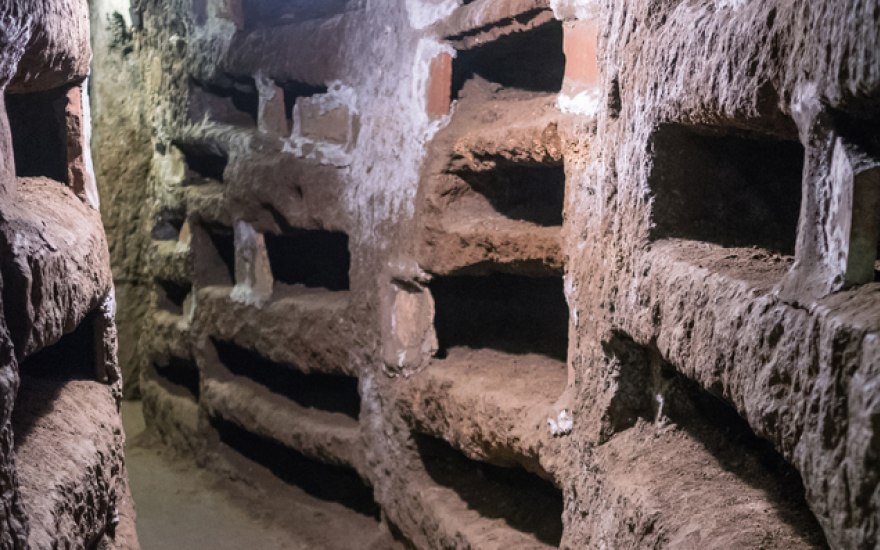 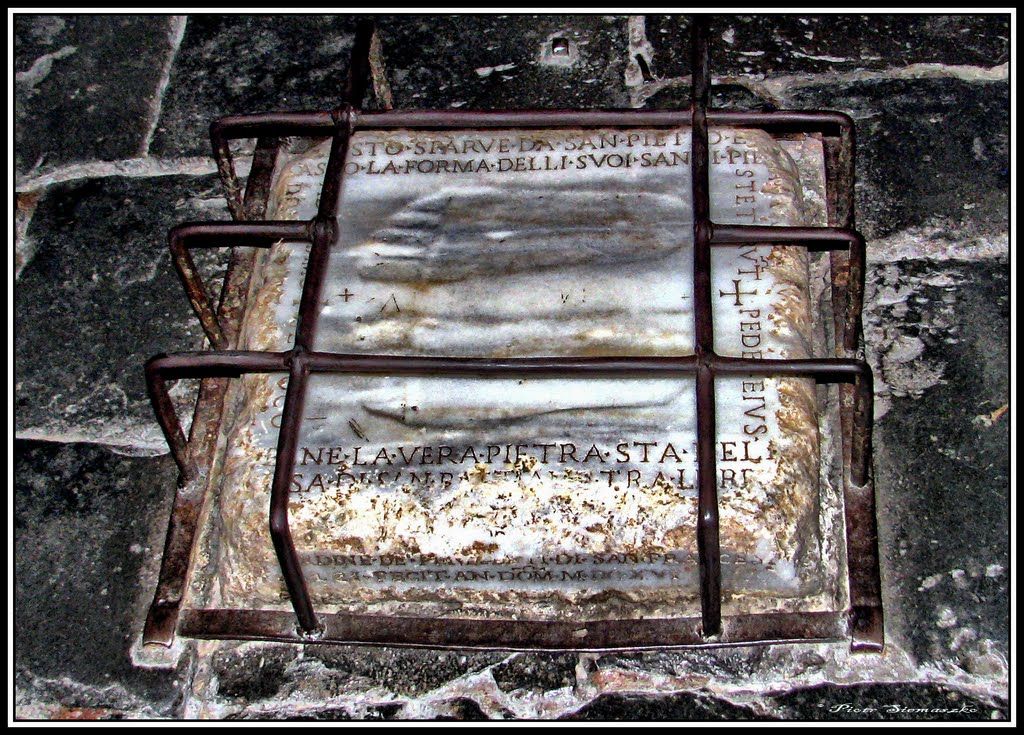 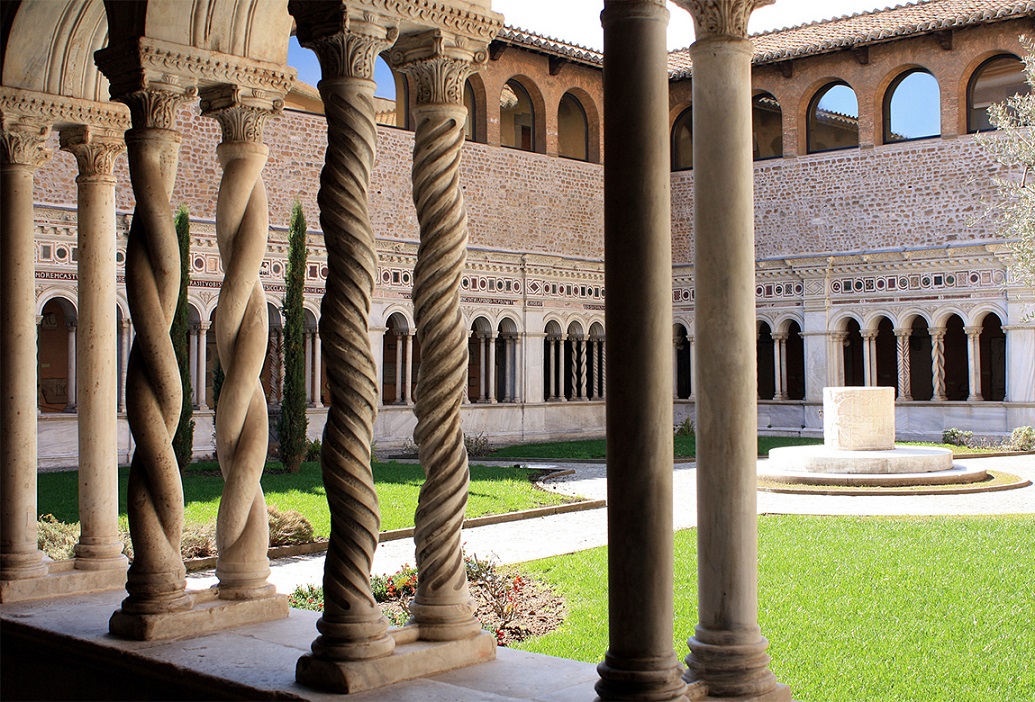 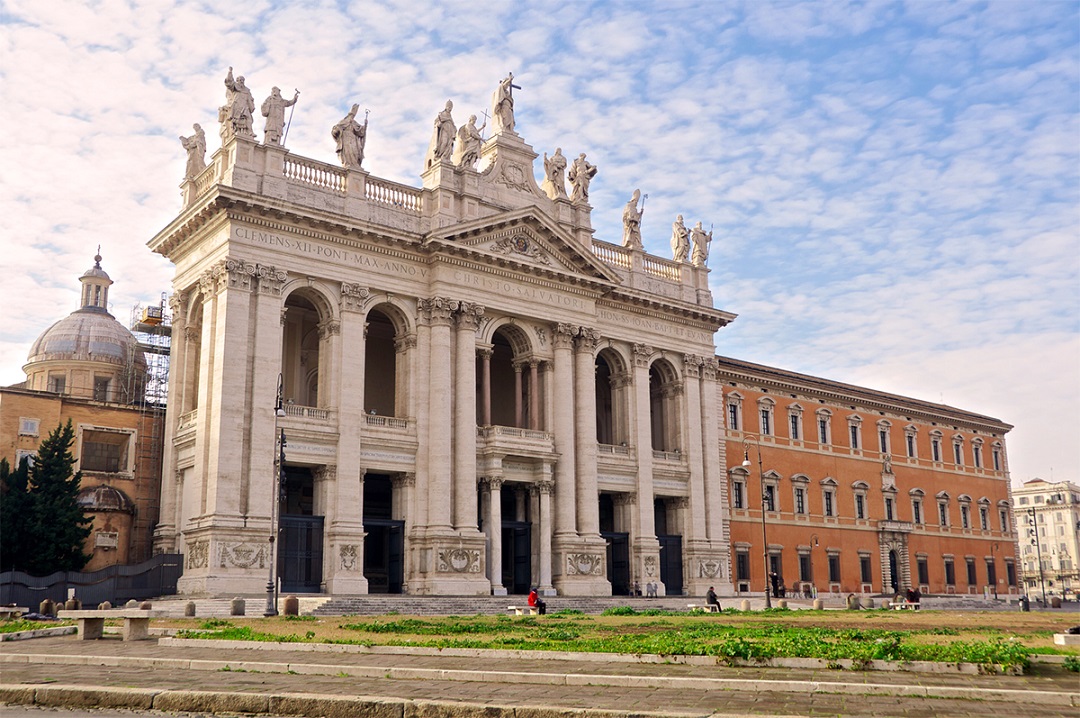 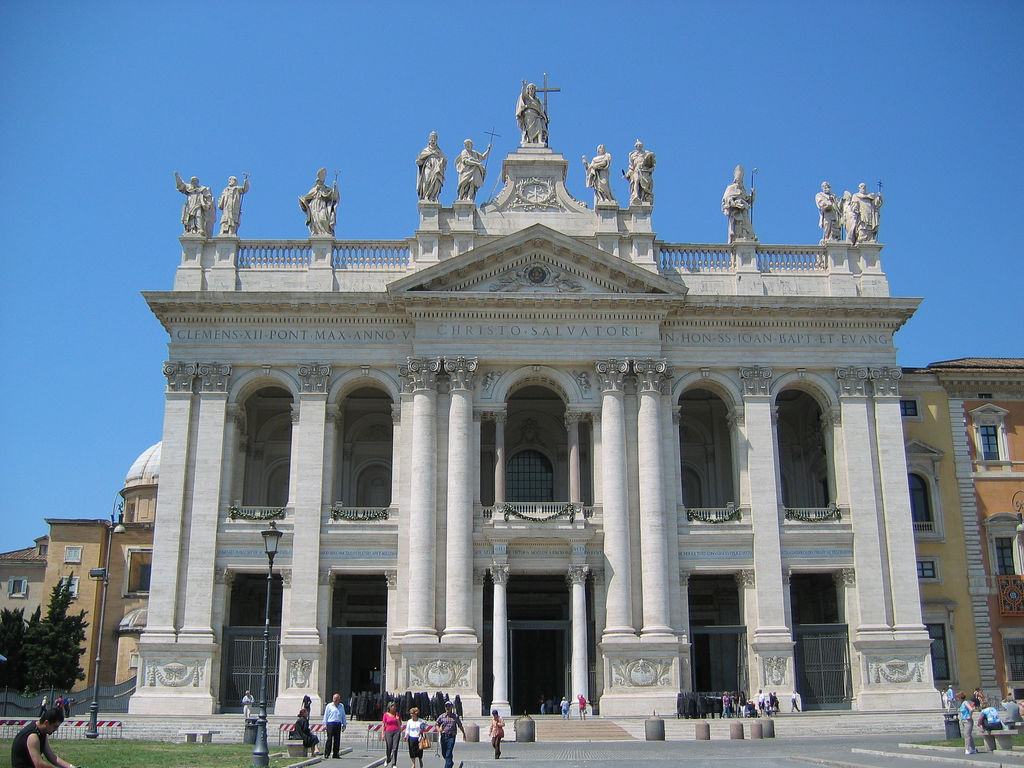 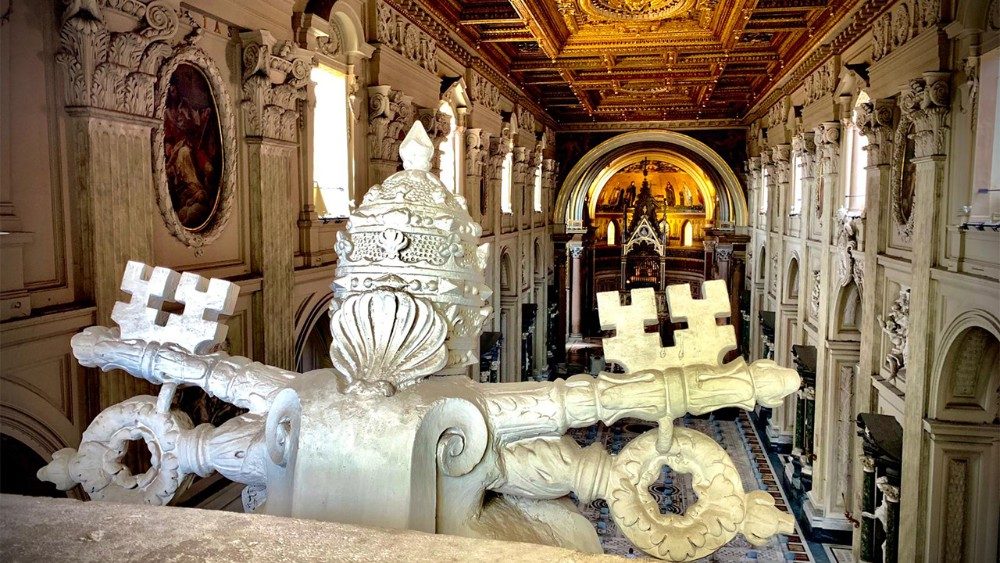 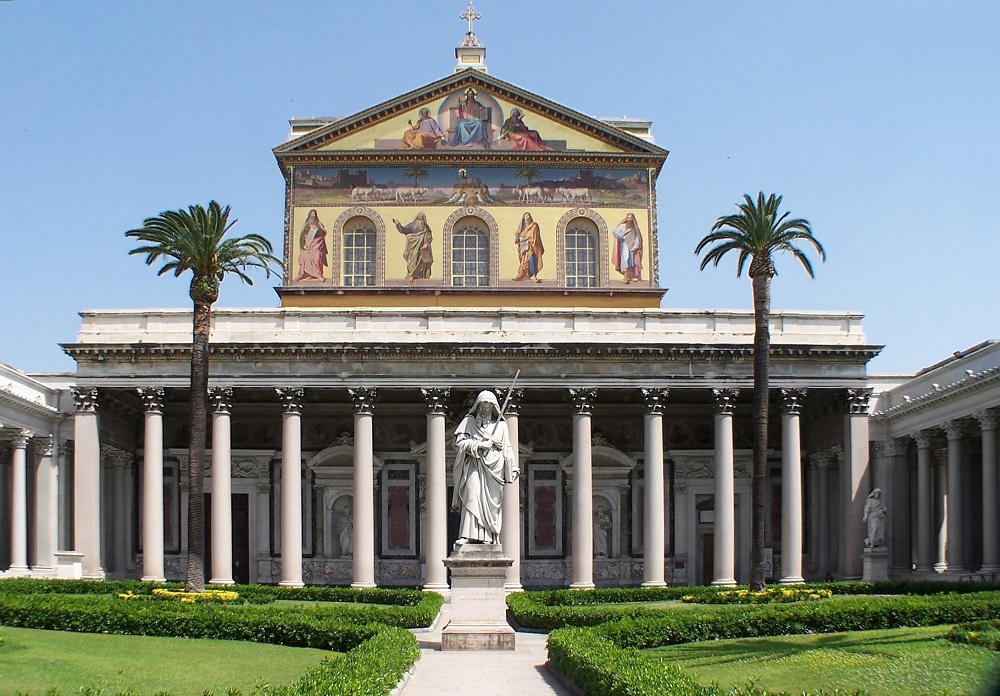 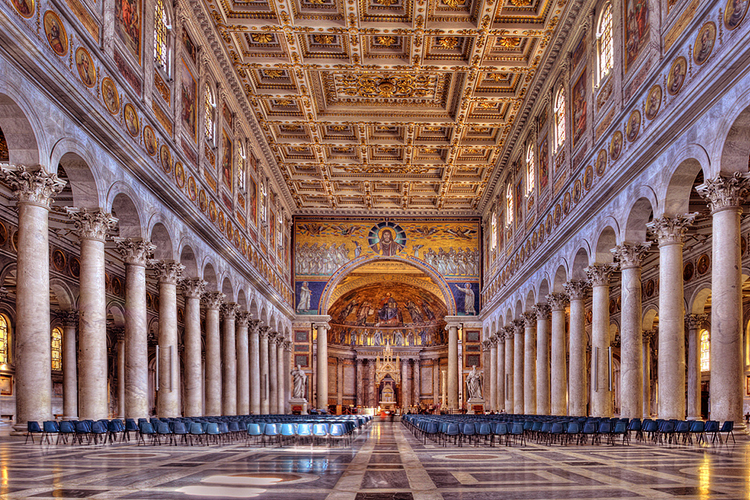 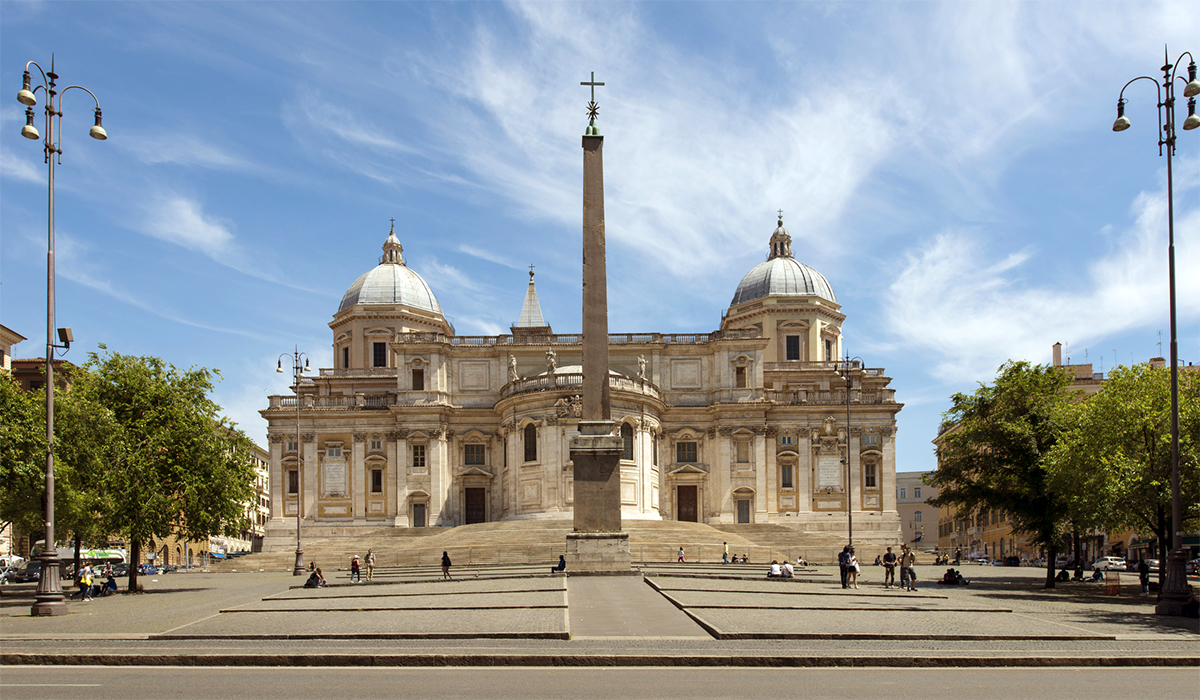 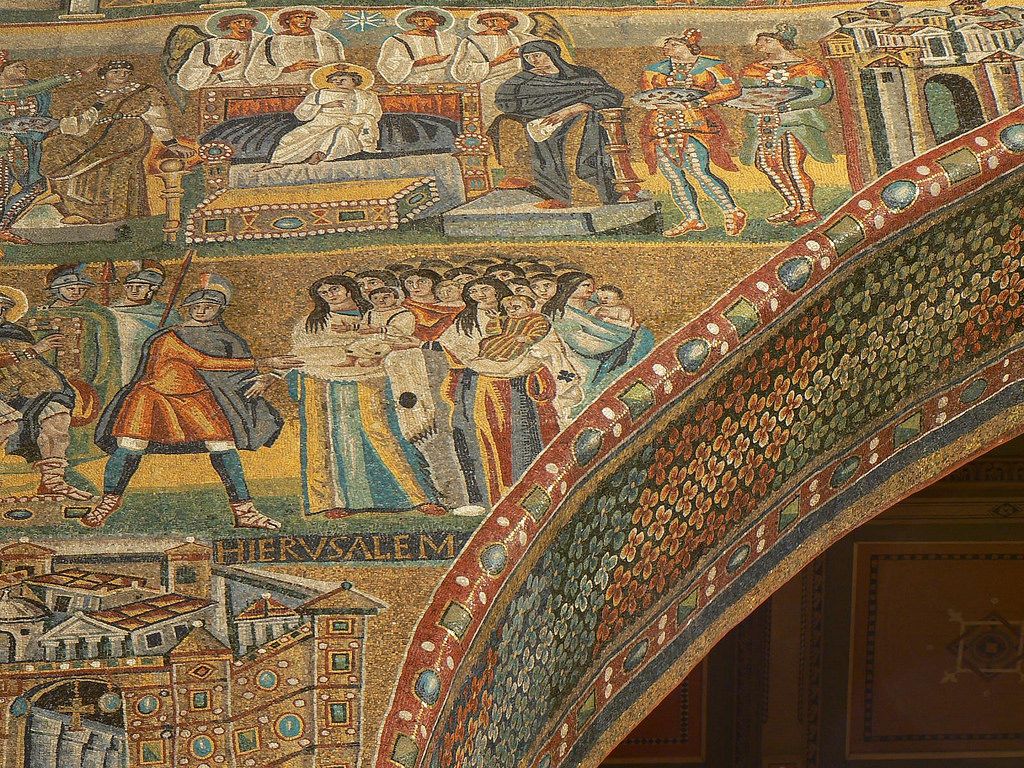 Thank you enough for your wond...

Thank you enough for your wond...

This tour with a private driver has been designed for those guests who wish to be a pilgrim for a day and discover the major Christian sites in Rome. You’ll be able to go where buses are not permitted, enabling you to walk less and see more.

Features of this day trip of Christian Rome:

One of the four major basilicas in Rome, the basilica of Santa Maria Maggiore (St. Mary Major) dates back to the 5th Century A.D.  It was built for the veneration of Mary after she was proclaimed by the Council of Ephesus to indeed be the mother of God in 431 (it was the subject of some debate prior to that).

This site has been a magnet for the adoration of the divine feminine since ancient times: before the basilica, a temple to the goddess Cybele stood here.

The interior of the church is lavishly adorned, but perhaps the most noteworthy features are the coffered ceiling, the Cosmatesque floor, and the reliquary under the altar.  They say that the gold used to gild the splendid ceiling was brought back from the New World by Christopher Columbus, a gift to the Pope by Ferdinand & Isabella of Spain.  The geometric patterns of the amazing mosaic floors are fine examples of the Byzantine influence on architecture during Medieval times.  In the reliquary we find the most interesting artifact; according to lore it contains fragments of the manger where the baby Jesus lay.

The basilica of San Giovanni in Laterano (Saint John Lateran) is so full of decoration, works of art, relics, and great stories that you could spend all day here exploring them all.

For the Catholic faithful, the church is extremely important as it is the highest-ranking of the four papal basilicas in Rome, even higher than St. Peter’s.  Sometimes referred to as “the mother church”, it is said to house all sorts of fantastic relics and holy items -- from the heads of St. Peter & Paul to the table used at the Last Supper, to wood from St. Peter’s communion table, to the staircase brought from the palace of Pontius Pilate that Christ himself climbed.

If that’s not enough, Saint John Lateran is also the oldest basilica in the Western world.  Built on the estate of the Lateran family confiscated by Nero in the 1st Century, it was occupied by a barracks before the church was built by the Emperor Constantine in the 4th Century.  It has survived raids, fires, earthquakes, and neglect, and has been rebuilt many times, always maintaining its original plan.  In the 17th and 18th Centuries some major Baroque restyling took place,

Other cool things to note: The massive bronze doors once graced the Curia (Roman senate house) were moved to the basilica in Medieval times.  In the piazza stands an Egyptian obelisk, perhaps the oldest and tallest in Rome.  There once was a monastery connected to the church: all that remains is its beautiful 13th Century cloister.

After traveling the Old Appian Way, passing ominous Porta San Sebastian, we’ll come to the chapel of "Domine Quo Vadis".  This tiny church was built on the spot where the apostle Peter, fleeing Rome to escape persecution, encounters Christ.  Peter asks Jesus, Domine, quo vadis?  Lord, where are you going?  Jesus replies, "To Rome, to be crucified again."  Peter gets the message and returns to Rome to meet his destiny.

If you go inside you can see the marble slab with imprints believed to be left by Christ’s feet in the spot on the road where the church now stands.

The Catacombs of St. Callixtus are the underground cemetery of early Christians and martyrs, even some popes.  Hundreds of thousands were entombed here in the first centuries after Christ.  The site is a labyrinth of passageways and chambers, a fascinating place to learn about the city’s Christian beginnings.

No tour of Christian Rome would be complete without visiting the basilica of San Paolo Fuori Le Mura (St. Paul Outside the Walls). After the Apostle Paul was beheaded by Nero in the 1st Century AD, his followers built a shrine to him outside of Rome.  Emperor Constantine, after legalizing Christianity in the 4th Century, built a small church on the site to commemorate Saint Paul.

With Christians free to practice their faith without persecution the church soon became too small, and it was rebuilt, remaining the largest basilica in Rome until the consecration of St. Peter’s in 1626.  Throughout the centuries it came to contain many Paleo-Christian, Byzantine and Gothic art treasures, only to be ravaged by fire in 1823. The reconstruction was a labour of love that involved the whole world, whose donations and gifts of precious materials enabled the church to return to its former glory.  The basilica was subsequently declared a national monument.

There are lots to appreciate inside and outside the church: the massive marble columns in the nave, the gold Venetian mosaics in the apse (one of the few Medieval elements spared by the fire), the graceful cloister, the gigantic and intricately carved Easter candle stand, the chains St. Paul was said to have worn before his execution (only displayed at certain times of the year), and of course, the apostle’s tomb, now viewable, enabling the faithful to still come and venerate him almost 2000 years after his death.

4. What is the itinerary of the tour?

This tour includes the visit of the Basilica of St. Mary Major, St. John in Lateran, St. Paul Outside the Walls and the Catacombs.

5. Does this tour include lunch and admission fees to sites?

No tickets or lunch are included in the rate. You may expect to pay approx. 8 euros/person for the admission fee to the catacombs (a local guide will also be included in this rate)

The only guide included in the rate is the one at the catacombs. For the rest of the tour, you will have our English-speaking driver-guide.

7. What is the duration of the tour?

The duration of the tour is 4 hours including pick up and drop off at your hotel.