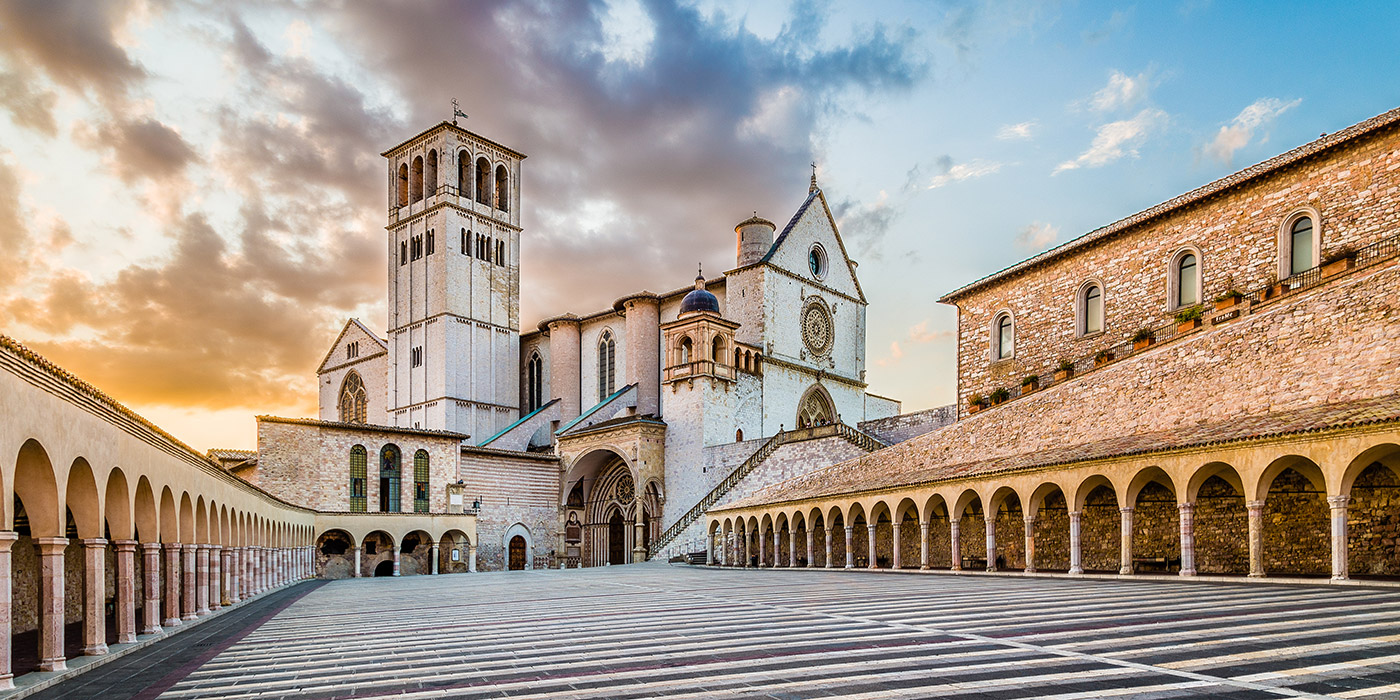 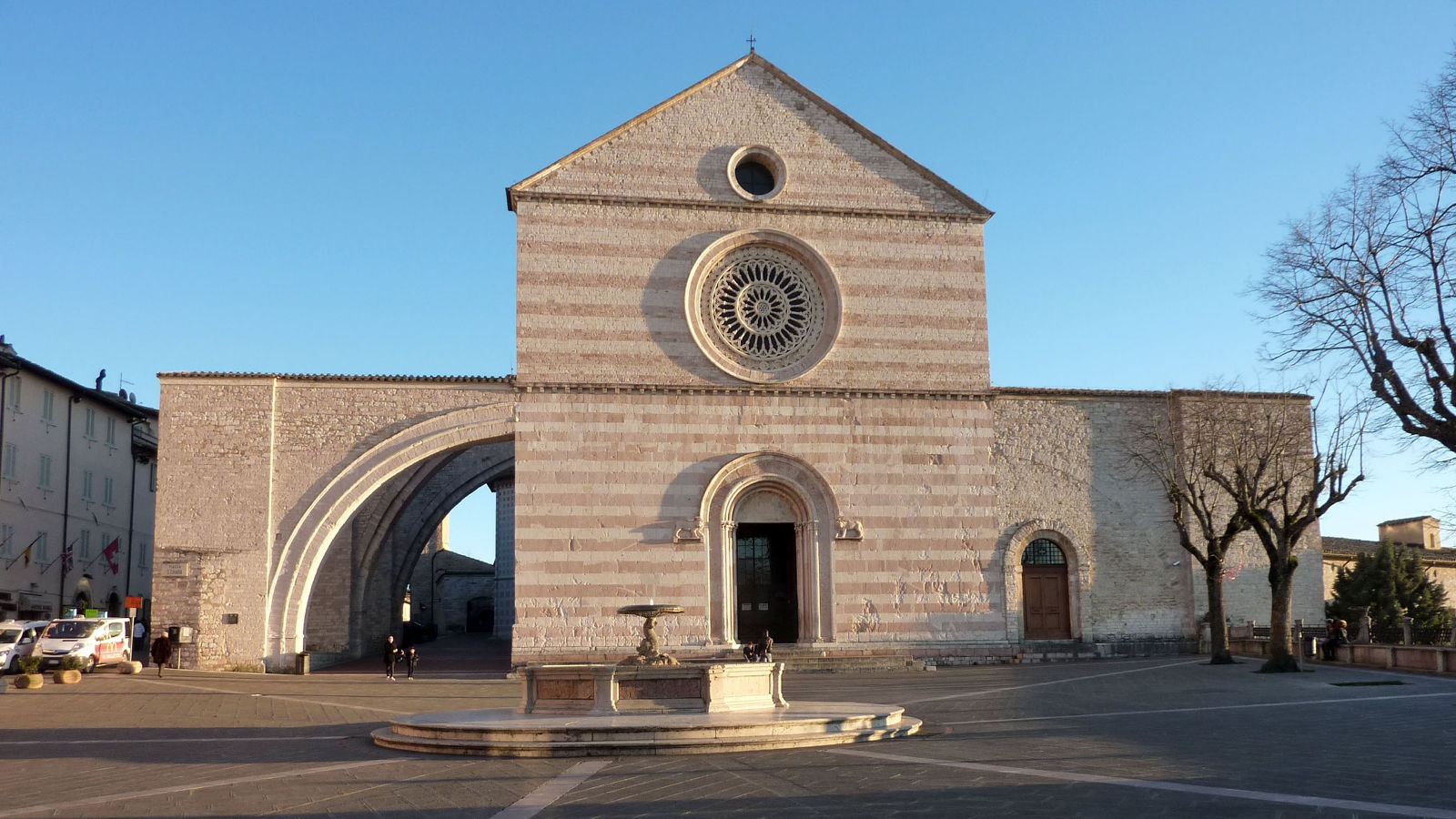 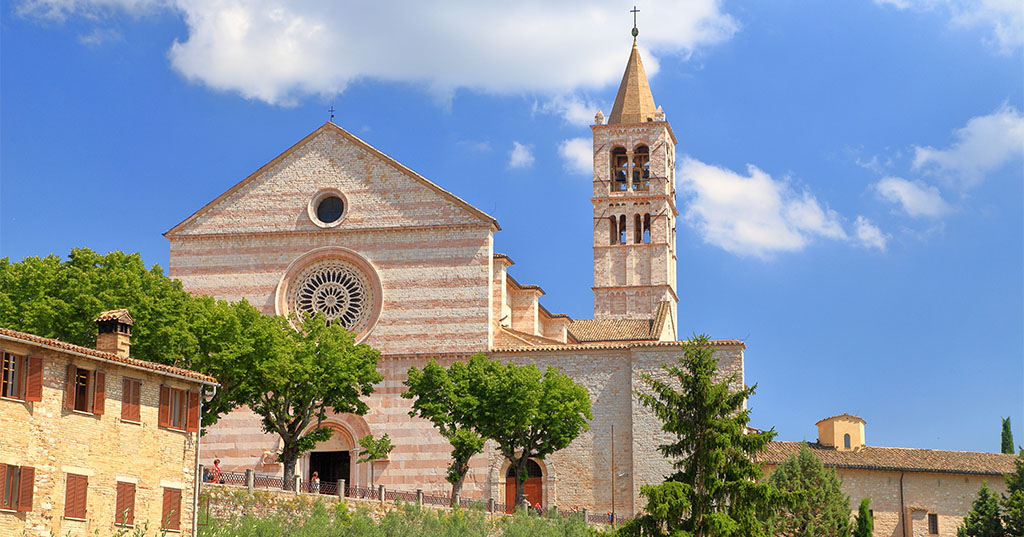 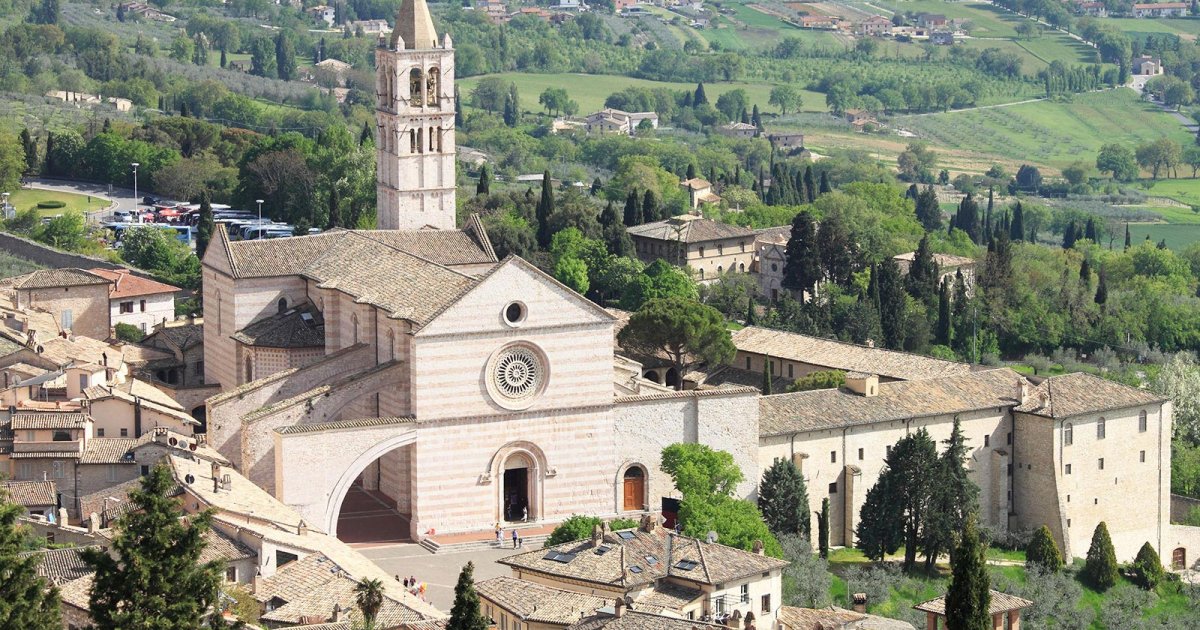 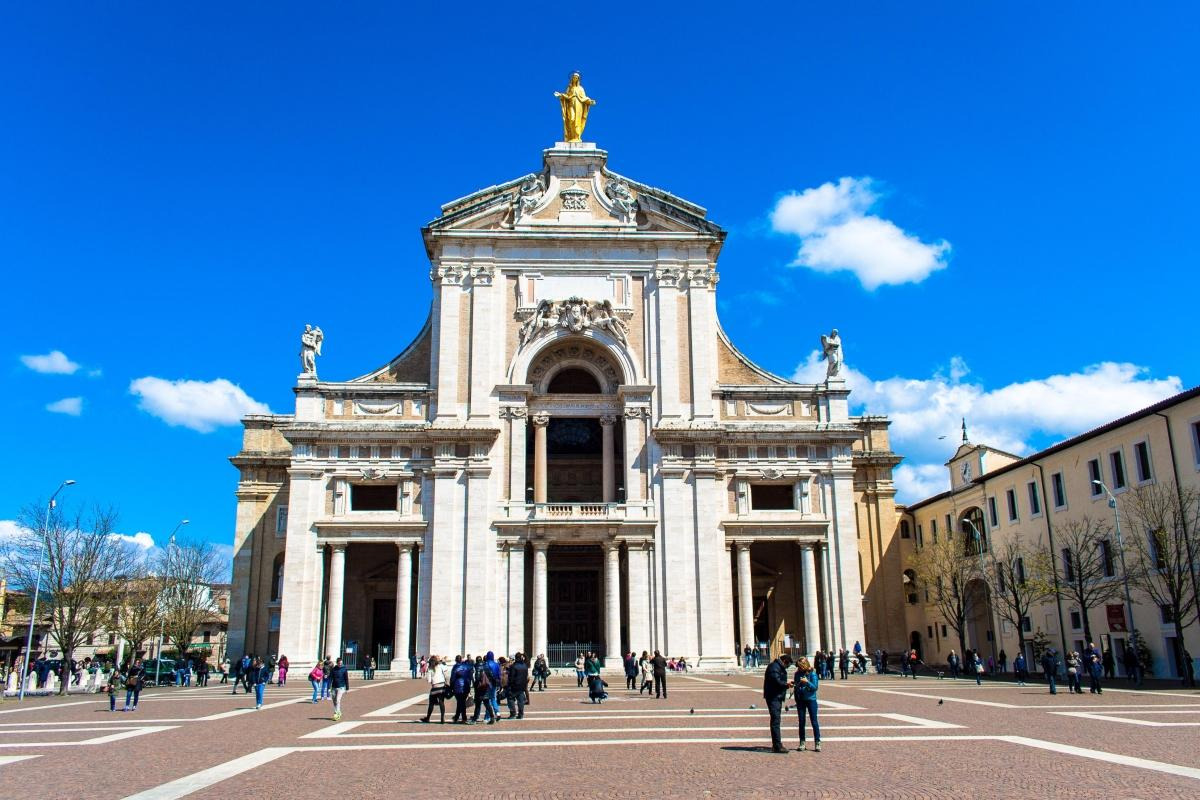 The drivers were wonderful.

Luca did a wonderful job of sh...

On this day trip from Rome, you will travel to authentic Italy, far away from the modern highways and big cities, in the heart of Umbria.  Assisi, home of beloved Saint Francis, is not only a sacred destination but also a haven of art, architecture and culture.

Features of this day trip:

Heading north from Rome you will cross the valley of the Tevere, passing the medieval villages of Todi, Deruta and Perugia before arriving in Assisi.

Besides its religious and artistic riches, Assisi is also a gem of Medieval architecture, exceptionally well preserved.  The town has something for everyone: tons of important spiritual places (some described below), artisan’s shops, leather goods, delectable local foods.  The area is known particularly for chocolate and cured meats from Norcia.

But without a doubt, St. Francis is the reason most folks come to Assisi.  Born into a well-to-do family in the late 12th Century, he went from bon vivant to beggar, renouncing his father’s wealth and choosing a life of poverty and service to God.  He established the Franciscan Order in Assisi in 1209.

St. Clare was a noblewoman and contemporary of St. Francis who followed a similar path.  Inspired by his preaching, she decided to also take on a life of poverty and service to God.  The Order of St. Clare exists yet today.

She is enshrined in the church, which has a very simple design with a facade in pink and white marble.  If you ever wanted to see a fine example of Medieval buttressing, look no further.  Those on a pilgrimage won’t want to miss the wooden crucifix that St. Francis was praying before when God told him to rebuild the church.

In Piazza del Comune (Town Hall Square) you’ll find Palazzo del Capitano del Popolo (Palace of the Captain of the People), built in the late 13th Century.  The 155-ft high tower was, at one time, home to the captain’s family.

Right next door is the church of Santa Maria Sopra Minerva (St. Mary Above Minerva).  The entrance to the church, with the original Corinthian columns, is that of a Roman temple to Minerva from the 1st Century BC.  The church contained within is a completely different story, filled with Baroque decoration.

All roads lead to the Basilica of San Francesco. It’s strange that a man who was dedicated to a simple like should be remembered with such a grandiose memorial, but we are the benefactors.

In this church, we see how religion, history and art in Assisi are inextricably connected.  The greatest artists of the late Medieval period (that would bridge into the Renaissance) painted the frescoes that decorate the interiors.

This church is one of the most important sites in the life of St. Francis.  In his early days as a penitent, when he was literally rebuilding churches, the Porziuncola Chapel was a cherished place of refuge.  Later it would become the place from which the Franciscan movement was initiated, and where St. Francis left this world in 1226.

3. How long is the drive to Assisi?

The drive from Rome to Assisi takes approx. 2.5 hours.

4. Does the driver go with us inside the monuments?

5. Does this tour include lunch and admission fees to sites? Does it include a guide?

Lunch, guide and admission fees are not included in the rate. Please contact our office for pricing and reservations.

6. What is the duration of the tour? Can we extend the time upfront with the driver?

The duration of this service is 8/9 hours including pickup and drop off at your hotel in Rome. If you would like to add extra hours to your tour, please contact our office so that we can check the driver's availability and advise the cost.

7. Is the itinerary flexible