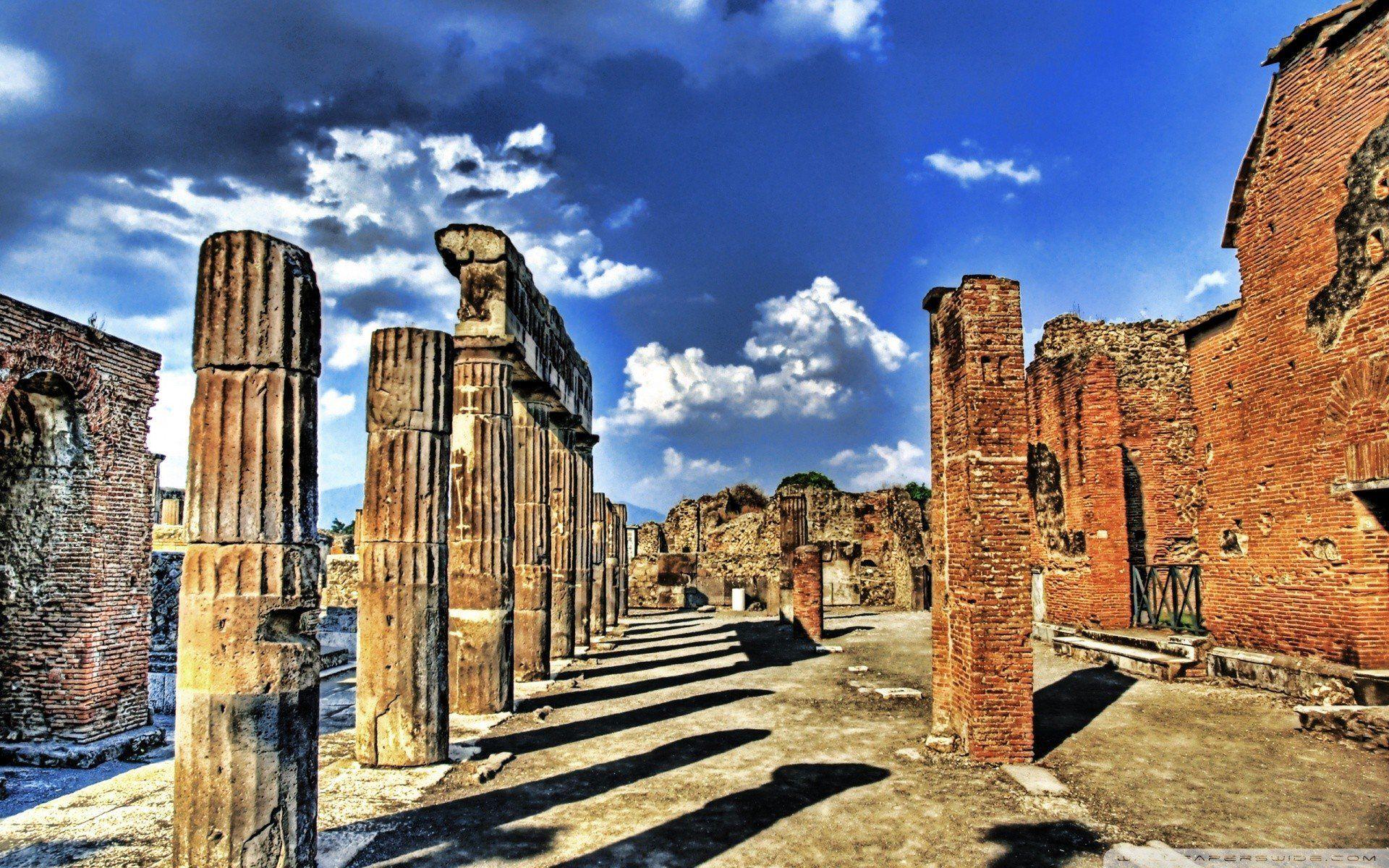 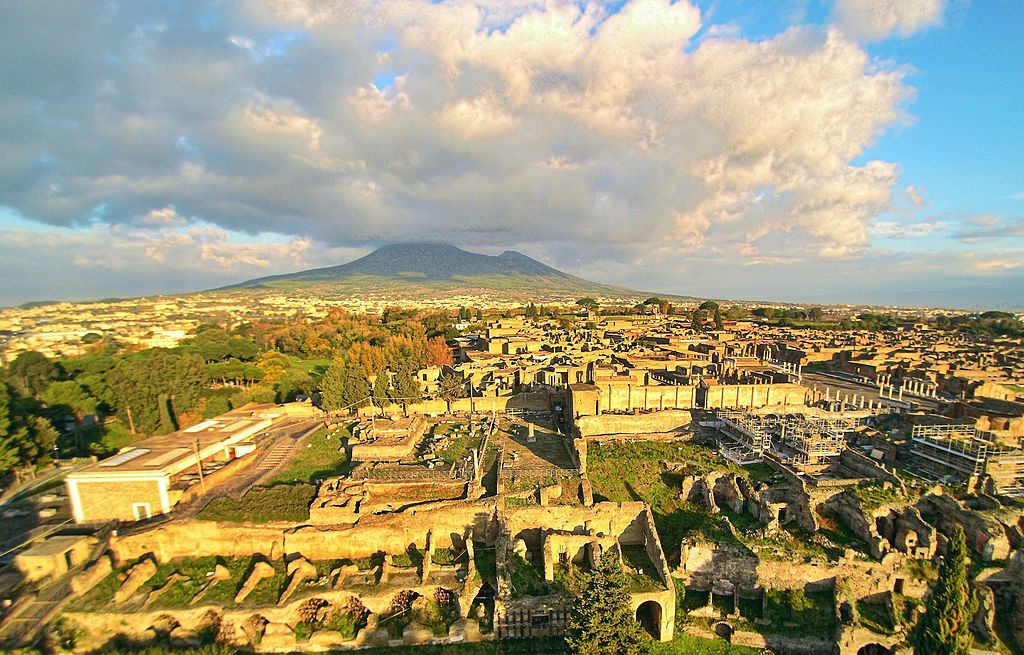 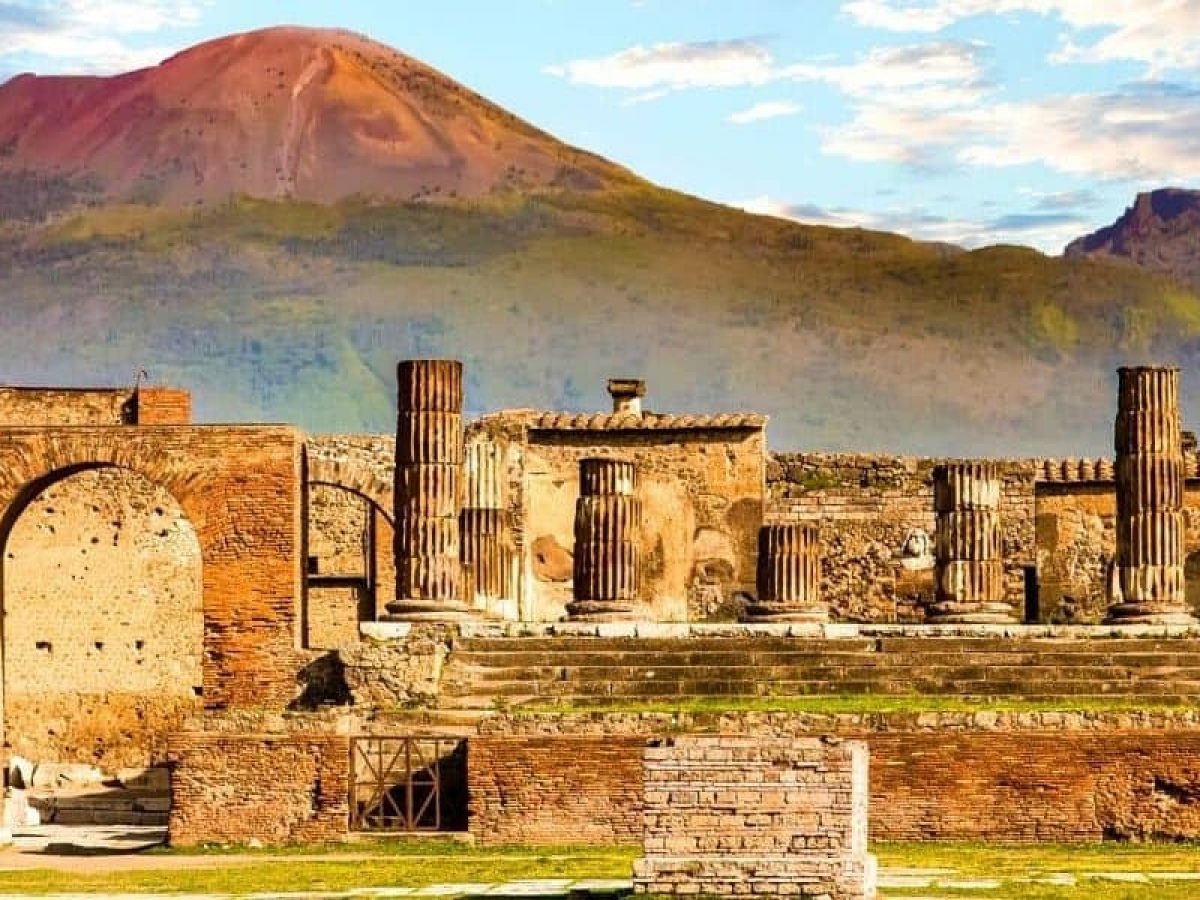 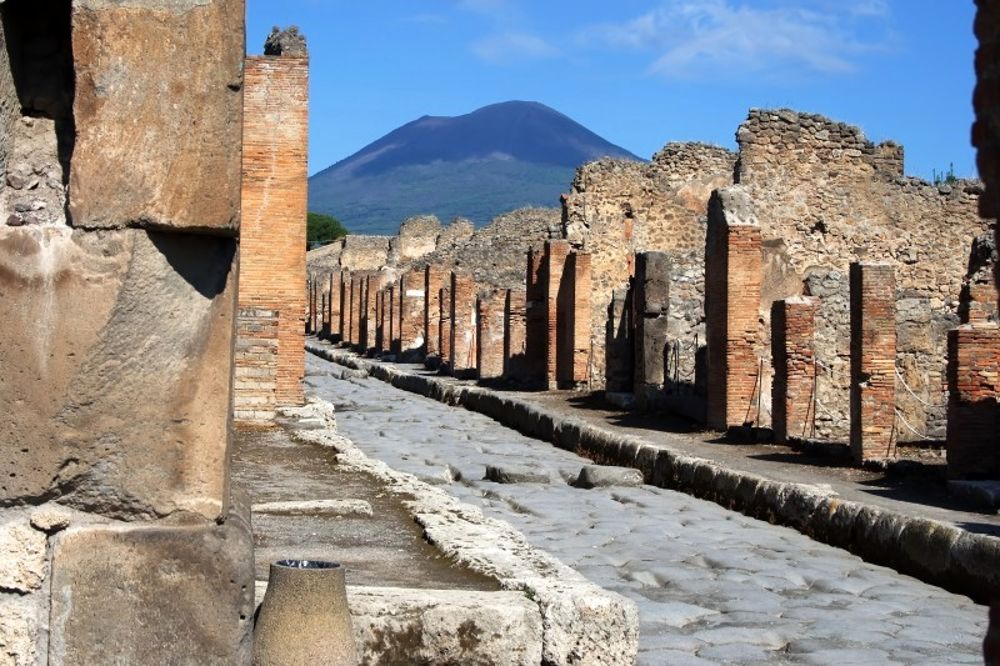 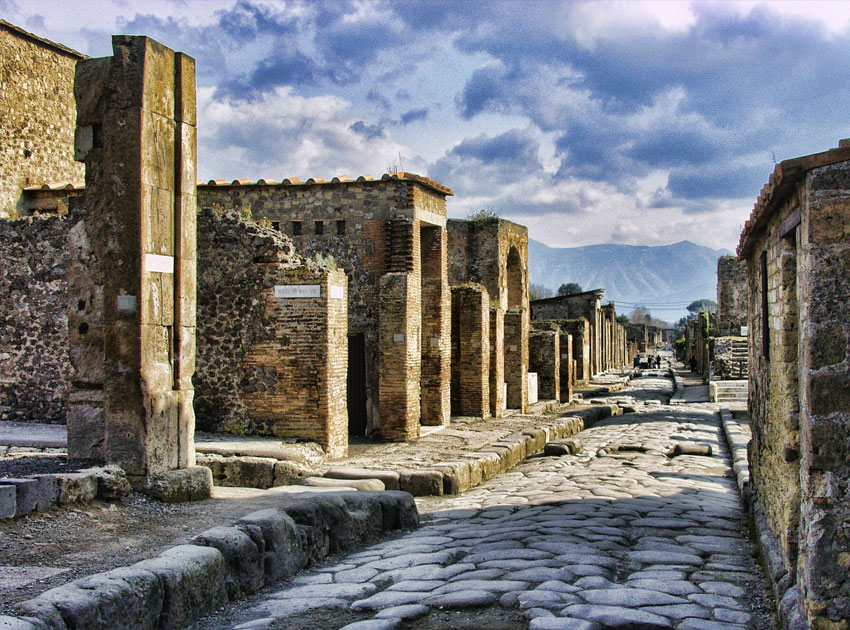 Meet your driver at your centrally located hotel in Rome and embark on a journey that will take you back to AD 79 when Mount Vesuvius, one of history's most destructive volcanoes, erupted destroying the ancient towns of Pompeii and Herculaneum. Head south on the A1 Highway of the Sun for a 2h & 45 minute ride until you reach Pompeii.Your group will have no more than 8 passengers.

Features of this day trip to Pompeii:

After leaving Rome and driving along the Highway of the Sun, you will cross the picturesque countryside of Lazio and Campania as we head to Pompeii. Along the way you will pass Montecassino Abbey, famous for its important battles during World War II.

Proceeding along the Bay of Naples, with the ominous figure of Mount Vesuvius to the east, you will get spectacular views of the Mediterranean and the islands.

Pompeii is a place where time has stood still since 79 AD. Since that fateful day when the cataclysmic eruption of Mt. Vesuvius rained tons of ash and lava down on the Roman city, the site remained buried in a perfectly preserved state until excavations began in the 18th century. What was brought to light is now one of Italy's most fascinating and frequented attractions.

At the Pompeii ruins, you will learn about the technique of pouring liquid plaster into the empty spaces in the lava to recreate the bodily forms that once filled the voids. In this way, we are able to see what the residents were doing at the time of the eruption. As you tour the streets of the ancient town with your guide, you'll be walking in the steps of the Romans who lived there almost 2000 years ago, amongst the public baths, temples, markets and forums. The buildings are nothing less than intriguing, and some of the houses still contain their original marble decoration, well-preserved frescoes and splendid mosaics.

After your visit,stop for a quick bit before heading back to your hotel in Rome.

Does ithe tour include a walking guide?

Is gratuity included in the price?

Is this service private?

This service is not private but shared with other passengers. The average group size is 6 and it will not exceed 8 persons in one single vehicle.

Do we follow a standard itinerary or is the itinerary flexible?

Since this is a shared tour, the suggested itinerary is pretty much standard but if you have any specific requests please contact our office and we will do our best to accommodate them.

Where do we meet the driver?

Your driver will pick you up at your hotel or accomodation.