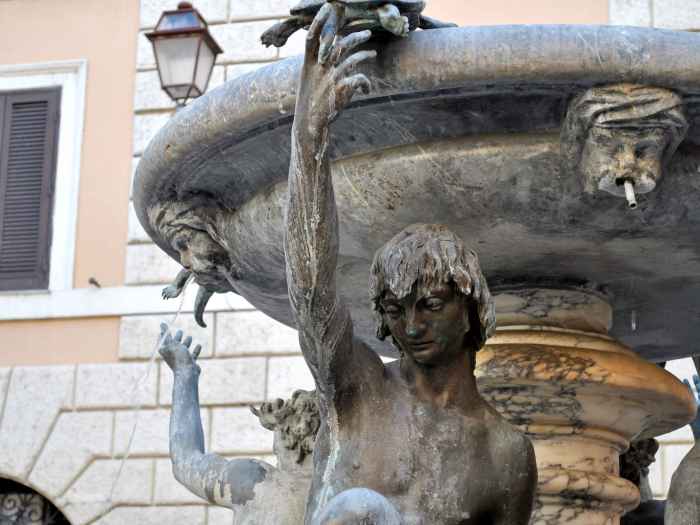 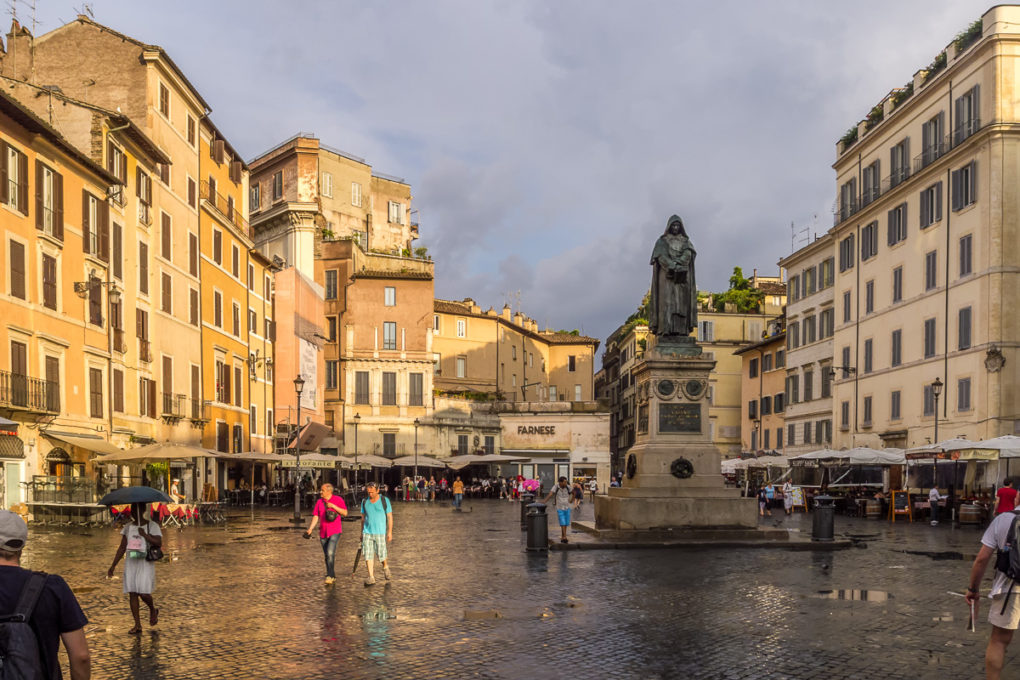 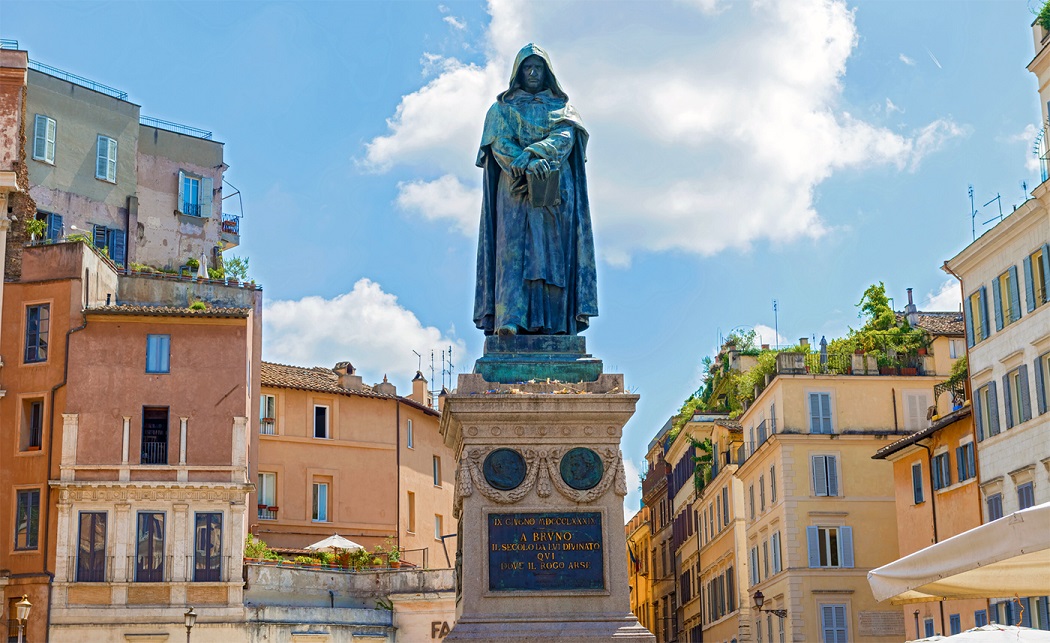 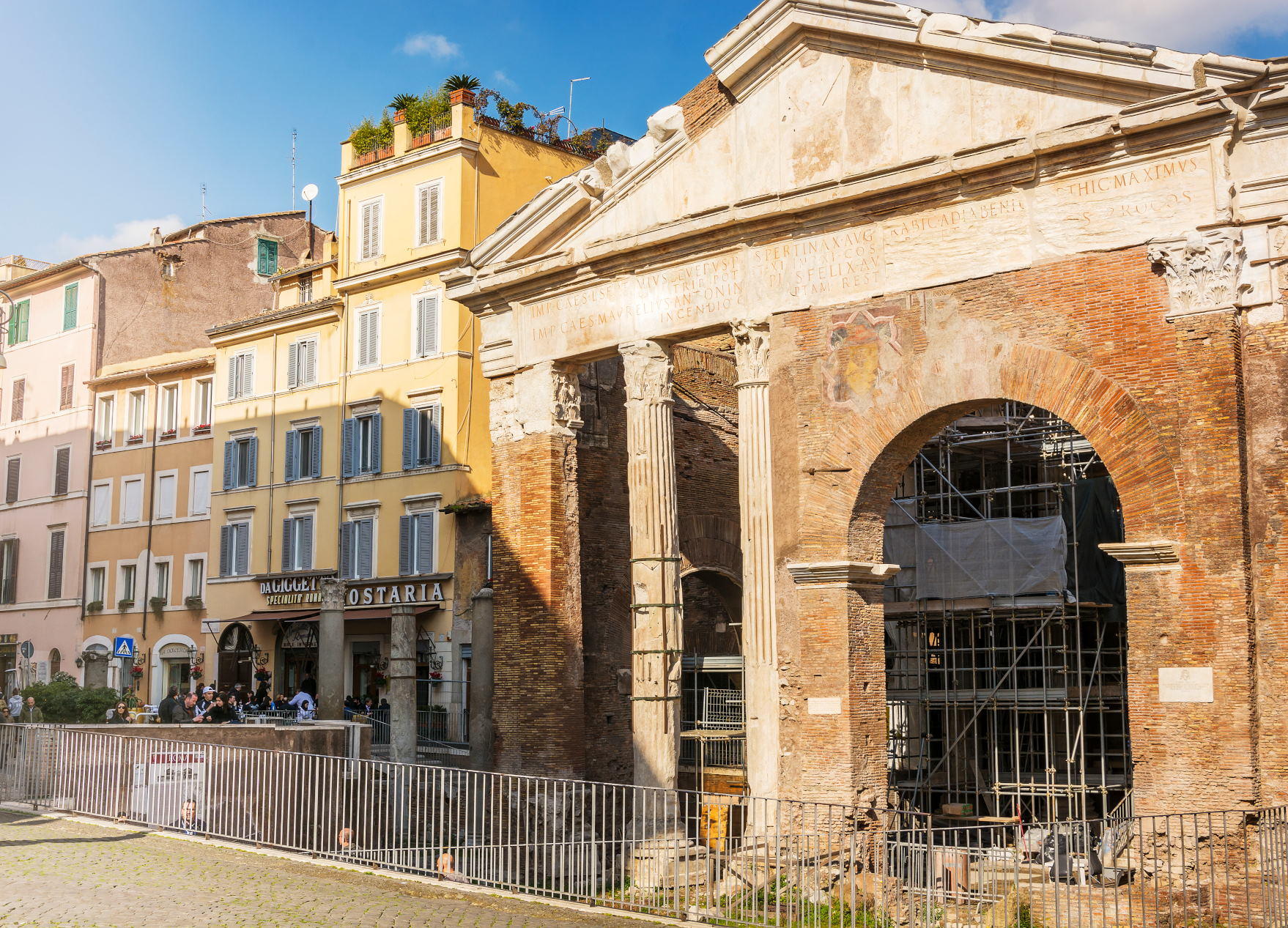 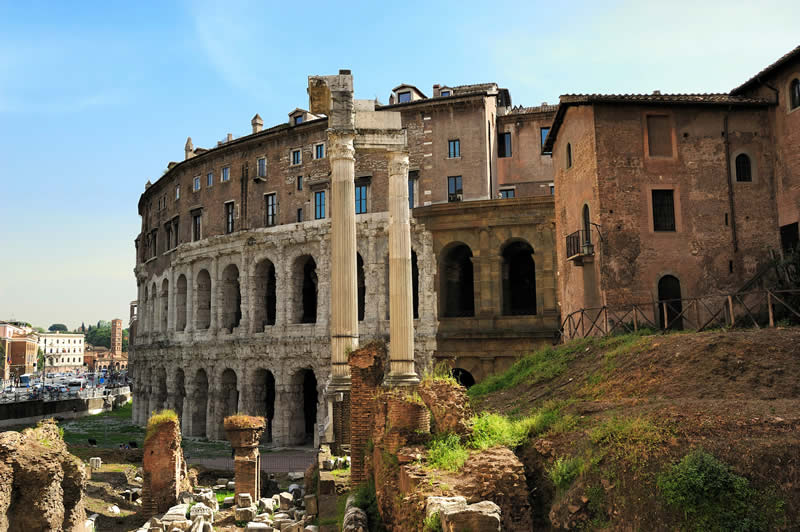 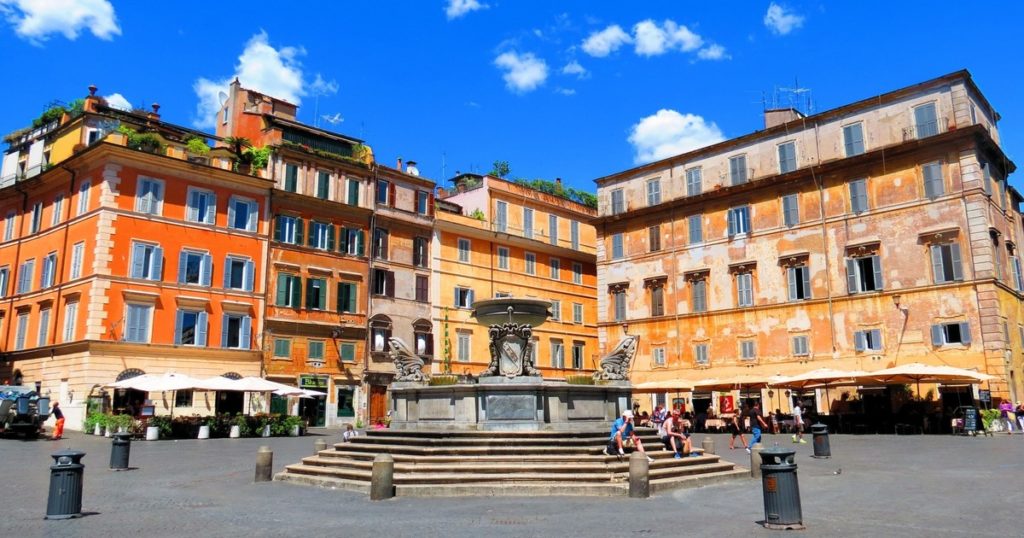 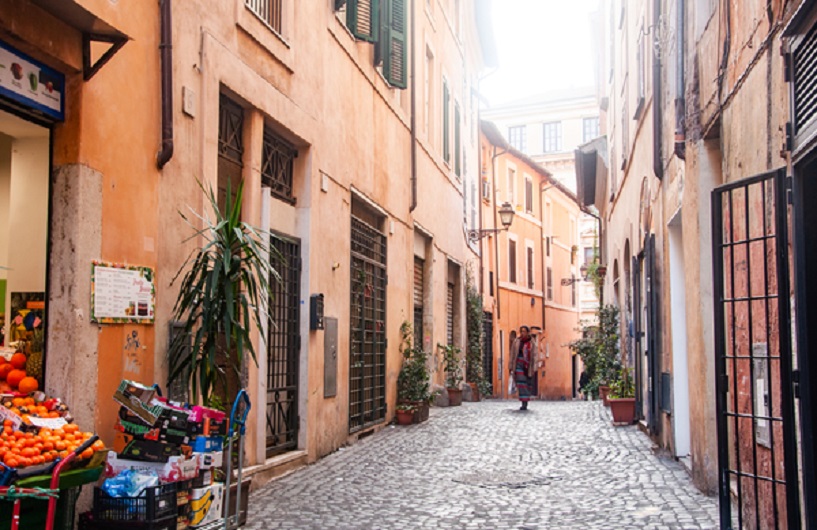 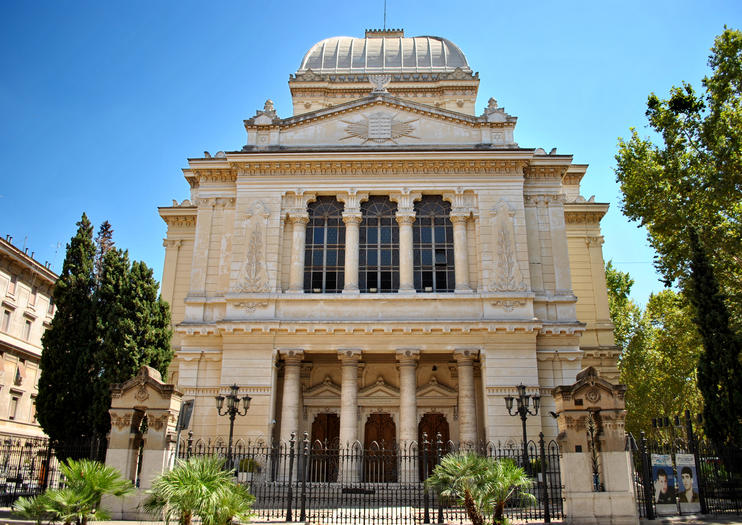 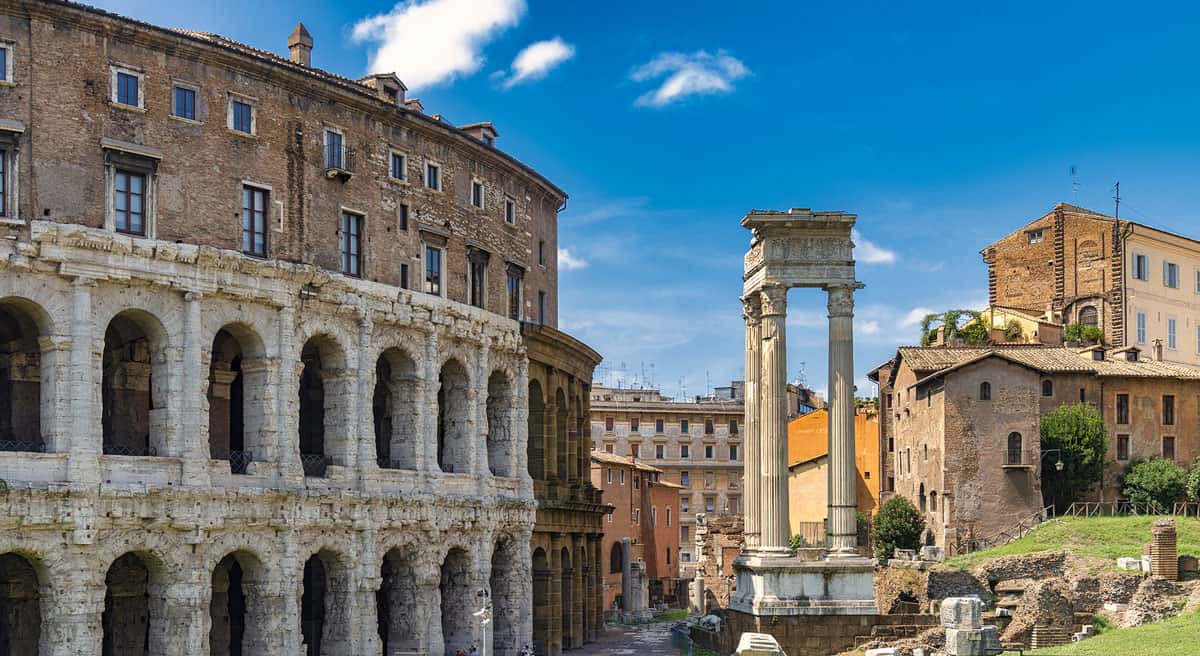 On this private 4-hour walking tour your expert guide will escort you on a fascinating journey to discover the old Jewish Quarters of Rome.

Features of this Jewish Quarter of Rome walking tour:

With your guide, you will walk the area of the old Jewish ghetto, tucked into a corner of the historic centre of Rome.  This quarter dates back to the mid-16th Century, but the Jewish story in Rome goes back more than 2000 years.

Across the centuries the pendulum has really swung when it comes to how the Jewish people fared in Rome.  Periods of peaceful coexistence and prosperity have been perforated with times of mistreatment, segregation and expulsion.

The Jewish community of Rome is the oldest in Europe and the oldest continuous Jewish settlement in the world outside Israel.  The first Jews were delegates sent by Judah Maccabee in 161 BCE, seeking protection from oppression in the Seleucid Empire.  In the aftermath of the Seige of Jerusalem in 63 BCE, when the Hasmonean kingdom became a protectorate of Rome, Jewish prisoners of war were brought back to Rome as slaves, but diplomats and merchants seeking commercial opportunities came as well.  The Jewish community was established and began to thrive very quickly.

Fast forward to Renaissance times.  In 1555, during the Reformation under Pope Paul IV, the Jewish community in Rome entered into 300 years of suffering and oppression.  They were confined to their own quarter, enclosed by a wall.  Living conditions were inhumane, decrees levied against them oppressive.  The ghetto was finally liberated under King Victor Emanuel after Italy was unified in 1870, and its inhabitant's given equal rights and citizenship.

To celebrate liberation from the ghetto the Great Synagogue was planned with a unique Art Deco design and built just after the turn of the 20th Century.  It is easily identified on the skyline of Rome by its square-based dome, the only one in the city.

Enter the Synagogue and the Jewish Museum with your guide, where you’ll find many compelling artifacts, mostly from the time of the ghetto, and learn many things about the Jewish history of Rome as well as particulars of the liturgy, such as the Nusach Italki, that developed here over the millennia.

OTHER MONUMENTS IN THE AREA

In the area of the old Roman ghetto you’ll see other historical sites from differing eras, some more connected to the Jewish story of Rome than others, but all interesting, nonetheless.

The Theatre of Marcellus, seating perhaps as many as 20,000 spectators, was an open-air theatre for the performing arts built by Julius Caesar and finished by Augustus.  The curious feature of the theatre today is that the top floor is inhabited -- and, ironically, these swanky apartments are now some of the most expensive real estate in Rome.

Fontana delle Targarughe (Turtle Fountain) was built as a drinking fountain in the late 16th Century but low water pressure made it necessary to modify the design.  Four dolphins that originally spouted water from the top basin were moved to another fountain, and the turtles were added to give purpose to the reaching hands of the male figures.

What if left of the Porticus of Octavia is a mere remnant of what it was in ancient times.  The portico (basically a covered walkway) was a gigantic rectangular enclosure, about 440 ft x 375 ft.  Within its boundaries were two temples, and it was part of the triumphal procession route taken by emperors returning glorious from battle.  In Medieval times space housed a fish market, from which the neighborhood church of Sant’Angelo in Pescheria gets its name.

The Jewish ghetto was situated in Rione Sant’Angelo at the south end of Campo de’ Fiori.  You’ll also visit this bustling piazza with your guide.  It’s changed a bit from the day when it was really a campo dei fiori (field of flowers), now home to a lively open-air market surrounded by restaurants and cafés.

Except for the visit of the Jewish Museum and the Synagogue, the tour is private, just for your party.

Your guide can meet you at your hotel or in front of the Porticus Octaviae.

Tickets and lunch are not included in the rate. The tickets to the Jewish Museum and the Synagogue can be purchased on site.

The highlights of this tour include the Jewish Museum and the Synagogue, Porticus Octaviae and Campo de' Fiori